Indonesian Teenager, Raped by Her Brother and Jailed for Having an Abortion, Will be Released

Repeatedly raped by her brother and then jailed for getting an abortion, a 15-year-old girl was cleared of all charges by an Indonesian court Monday, in a case that has incensed activists across the country and internationally.

The High Court in Jambi, a province in eastern Sumatra, ruled that while the girl’s abortion was illegal, her circumstances justified release from her six-month sentence, the Guardian reports.

“The panel of judges stated that [the defendant] was proven to have had an abortion but it was done under forced circumstances,” said Jambi High Court spokesperson Hasoloan Sianturi.

As of Tuesday, the girl was still serving her sentence in a safe house, where she was moved from jail after the outcry over her case. Her brother, who was sentenced to two years for sexually assaulting a minor, was held in the same jail.

The girl’s lawyer, Damai Idianto, said he was “very happy” about the decision, according to the Guardian.

The case has sparked outrage across the nation, where abortion is illegal except for special cases such as rape or if a woman’s life is at risk. But even in such circumstances, abortion is only permitted in the earliest stage of pregnancy. In court, the girl first said that she had given birth alone. But the fetus was found later half-buried near her home, and forensic tests showed that she had been seven months pregnant.

Officials say they are ready to return the girl to her village, which is several hours outside Jambi city, but that may take some time as they await the verdict against the girl’s mother, who is under investigation for assisting the abortion, the Jakarta Post reports.

“Although the villagers have said that they are willing to accept her return, we are still waiting for the verdict in [the mother’s] case. The girl needs her mother after such an ordeal,” said Tuti Rosmalinda, an official from the Jambi Social Affairs Agency.

Women’s groups have praised the court’s decision, but maintain their efforts must now be directed towards assisting her mother.

“We appreciate the solidarity and support in this case and that the judges have responded to that by giving justice to the victim,” said Ida Zubaidah from Beranda Perempuan, a women’s organization in Jambi. “But now efforts must turn to trauma healing and efforts to release her mother.”

The girl is receiving psychological counsel, and is suffering from trauma and depression, the Guardian reports. NGOs say they hope to keep her in school in the city. 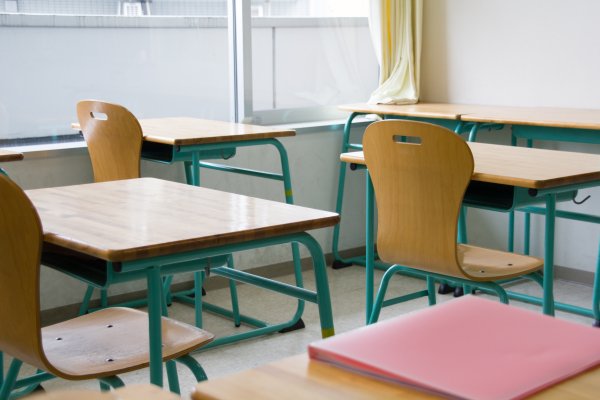 Indonesian Kindergarten Apologizes for Jihadist-Style Parade
Next Up: Editor's Pick