U.N. experts said Tuesday that evidence “strongly suggests” the governments of Yemen, Saudi Arabia and the United Arab Emirates have perpetrated human rights abuses “that may amount to war crimes” during Yemen’s civil war, including torture, sexual violence, conscription of child soldiers, and targeting of civilians.

The allegations were laid out in a 41-page report, which called on countries involved in the nearly four-year conflict to “investigate and prosecute violations … by their nationals and armed forces.” The panel also suggested crimes had been carried out by Iran-backed Houthi rebels.

According to the U.N. Human Rights Office, 6,475 people have been killed and 10,565 injured since March 2015, though “the real figure is likely to be significantly higher.” It also highlighted the use of airstrikes by coalition forces, which have “have hit residential areas, markets, funerals, weddings, detention facilities, civilian boats and even medical facilities.” Earlier this month, an airstrike struck a school bus killing at least 50 people, including 40 children, and wounding dozens more; another last week reportedly killed 22 children.

“There is little evidence of any attempt by parties to the conflict to minimize civilian casualties,” said Kamel Jendoubi, chair of the Group of Experts. “I call on them to prioritize human dignity in this forgotten conflict.”

The three-member panel was appointed in Dec. 2017 to investigate allegations of human rights abuses in Yemen dating back to Sept. 2014. Yemen has been engulfed in conflict for nearly four years, since a revolt toppled strongman Ali Abdullah Saleh, precipitating a civil war.

The conflict has also inflamed a humanitarian crisis, with 22 million people in desperate need of assistance; 400,000 children are suffering from acute malnutrition, UNICEF said in January. A cholera outbreak last year is thought to have infected over 1 million people and killed nearly 3,000.

Defense Secretary Jim Mattis said Tuesday that the U.S. would continue supporting coalition forces, including training pilots, while calling on Saudi Arabia to do “everything humanly possible” to minimize civilian deaths, the Associated Press reports. 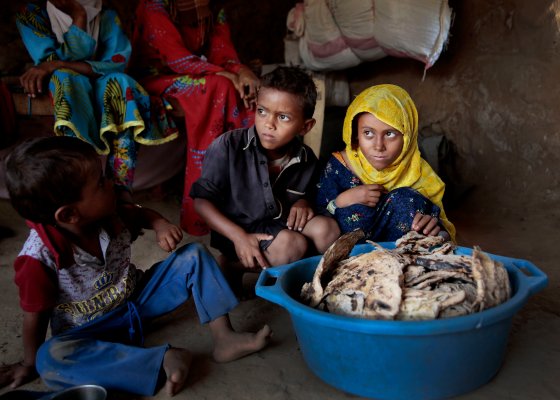