A new study found that about one in 20 American adults use e-cigarettes and that one in three users vape every day.

Researchers report in the Annals of Internal Medicine that e-cigarette use is more common among younger adults and current cigarette smokers. Reuters reports that of the 10.8 million people using e-cigarettes, more than half are under the age of 35.

E-cigarette use is associated with high-risk behaviors, including the use of traditional cigarettes, one study author told Reuters.

“The most common pattern of use in the U.S. is dual use, i.e. current use of both traditional cigarettes and electronic cigarettes,” Michael Blaha, a senior study author, said.

Blaha said “vulnerable groups” are most susceptible to picking up an e-cigarette habit.

According to the study, 14.4% of current smokers use e-cigarettes, while 1.4% of e-cigarette users never smoked traditional cigarettes. Vaping is also common among adults with chronic health issues, the study said. 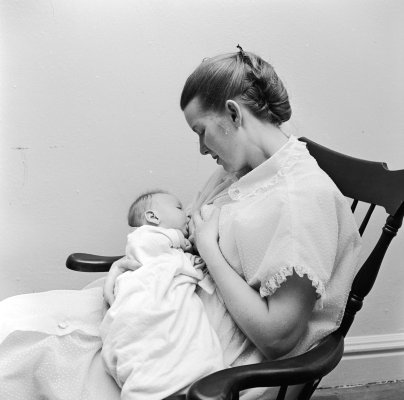 Desperate Women, Desperate Doctors and the Surprising History Behind the Breastfeeding Debate
Next Up: Editor's Pick