New iPhones Are Just Weeks Away. Here's Everything We Know So Far

A signage for an Apple iPhone X, the new model of Apple smartphone is displayed inside the Apple Store Saint-Germain on November 3, 2017 in Paris, France.
Chesnot—Getty Images
By Patrick Lucas Austin

As usual, Apple is planning a big event for September, during which it’ll likely present the world with a new iPhone. While the company has yet to make anything official, the rumor mill is rife with whispers of what the the company has in store for its event, scheduled for Sept. 12 at 10 a.m. PT/1 p.m. ET.

Among the biggest rumors: Apple could introduce a handful of new iPhone models, in new sizes, colors, and with exciting new features — though maybe at the cost of some others.

Here’s a look at the biggest rumors so far regarding Apple’s next iPhone models.

A Trio of Big-Screen iPhones

Apple might have one all-screen iPhone right now — the pricey iPhone X — but if you wanted a few more, you might get your wish. Apple is getting ready to launch three new iPhone smartphones this year, Bloomberg reports. They’ll likely embrace the iPhone X’s edge-to-edge screen design and Face ID security measure, but don’t expect a radical departure from the iPhone X’s look. It’s being touted as an “S year,” which means we’ll get incremental upgrades rather than big changes.

Each of the three new iPhones are rumored to have a different screen size. The smallest model will have a 5.8-inch OLED screen — the same display technology used in the iPhone X — and the largest (and most expensive) version will have a 6.5-inch OLED screen. Along with that giant display, the largest iPhone model is also expected to have a third rear camera, potentially granting the phone an edge when it comes to photographing in low-light conditions.

Apple’s third new iPhone is expected the be the cheapest of the three, with only a single rear camera and a likely less impressive 6.1-inch LCD display. Still, it’s expected to be available in some eye-catching colors to entice consumers into buying a less expensive iPhone. It’s the same strategy used to sell the iPhone 5c, a repackaged version of the iPhone 5 that eschewed the latter’s aluminum frame for a plastic one (and was discontinued after a year). The new 6.1-inch iPhone is expected to hit shelves a bit later than the OLED models — possibly not until October, Bloomberg reports.

Apple’s iPad Pro and iPad both support the Apple Pencil, the company’s stylus used to draw, take notes, and generally annotate whatever you’d like. If you thought the company would take advantage of the increased real estate on its upcoming smartphones and add support for the stylus, you might be disappointed.

Some rival smartphones, Samsung’s Galaxy Note 9, make it easy to use accessories like a stylus with your smartphone. But excluding Pencil support might not be that big of a deal for iPhone users, especially if that feature isn’t accompanied by a redesign of Apple’s Pencil, an iPad accessory that seemingly embraces form over function compared to similar styli from the competition.

You’ll Have to Wait for the New Apple Watch, AirPower Mat and More

Apple’s event is supposedly focused on the iPhone, but that doesn’t mean Apple won’t add some extras to its list of new product announcements. From an Apple Watch with more screen real estate to the debut of the long-awaited AirPower Mat facilitating wireless charging, the California company may drop some non-iPhone surprises. But we may have to wait until another Apple event, possibly in October, to learn more about any new peripherals.

3D Touch Could Be a Goner Soon

Apple’s clever 3D Touch feature has seen mixed success since its introduction in 2015 with the iPhone 6s. While many of Apple’s own apps support the pressure-sensitive tech, which lets users preview media like videos or emails or access other features by applying a bit of pressure rather than simply tapping at the display, developers haven’t been quick to take advantage of it, rendering what is essentially right-click functionality for smartphones useless.

Apple’s own use of the feature is usually relegated to simple actions like previewing messages or photos, actions too benign for many to be bothered. While 3D Touch is expected to stay when it comes to this year’s upcoming iPhone release, the 2019 lineup might bid it farewell, says Barclays analyst Blayne Curtis, according to MacRumors.

Removing the feature because it’s not used often might be a mistake, as it grants Apple not only a functional advantage compared to Android smartphones when it comes to navigation, but it could make it easier for users to see information not easily accessible through traditional touchscreen navigation, like showing a photo’s EXIF data rather than a simplistic preview of an image that’s one tap away. It also could stoke confusion among iPhone owners as to whether or not they have the feature on their device. 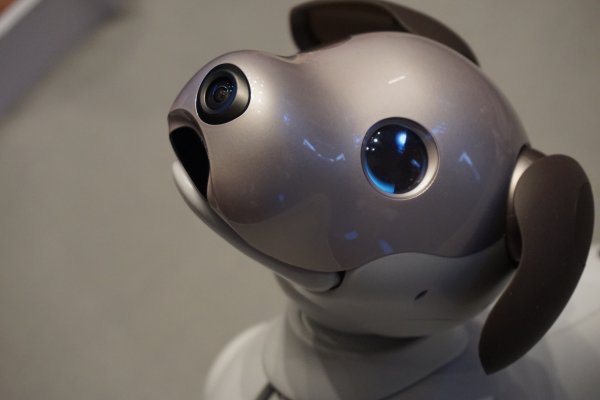 Sony's New Aibo Robot Dog Is Nearly $3,000, But It Can Tell How You're Feeling
Next Up: Editor's Pick