Rafael Nadal Has Returned to the Glory of His Signature Look at the U. S. Open

Temperatures in New York City are soaring this week — and the clothes at the U.S. Open 2018 are reflecting that.

At least, Spanish tennis player Rafael Nadal is dispensing with shirt sleeves during play for the 2018 U.S. Open, kicking off his first match against fellow countryman David Ferrer on Monday with a sleeveless shirt that had fans reminiscing about Nadal’s early days on the court and signature tank top style.

Nadal won the match by default, as Ferrer retired during the second set due to injury. But conversation has centered less around the famed Nadal’s moves on the court and more on his iconic fashion choice at the Billie Jean King National Tennis Center this week. Nadal, who has won a Grand Slam in his teens, twenties and thirties, was once the poster child for the sports tank top. But in recent years he has often switched over to the more traditional t-shirt.

However, at the recent Australian Open he returned to his bicep-baring roots — and it looks like this U.S. Open will see him continuing his rediscovery of former fashion glory. Tennis is a famously prohibitive sport when it comes to on-court style, often criticizing players’ attire; at Wimbledon, for instance, the “tennis whites” rules are strictly enforced. The U.S. Open offers a more relaxed dress code, however, leaving Nadal free to flex his star power however he chooses.

Nadal, who won last year’s U.S. Open, will next play Canada’s Vasek Pospisil on Wednesday — and many fans, new and old, will likely be tuning in to see both the athletic skill on display and what type of top Nadal chooses. See reactions to his fashion statement below. 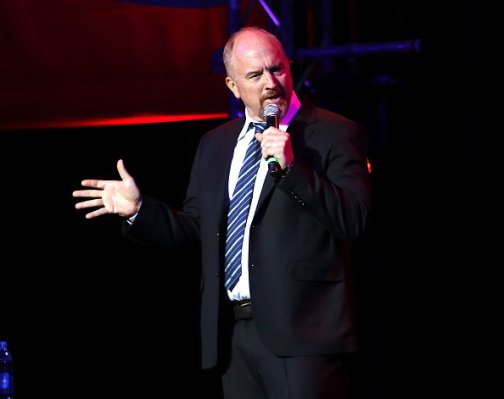 People Are Not Happy That Louis C.K. Did Stand-Up Again
Next Up: Editor's Pick