Look into my eyes. The phrase calls to mind images of a psychotherapist swinging a pocket watch. Or maybe you picture Catherine Keener in the film Get Out, tapping her teacup and sending an unwilling man into a state of hypnotic limbo.

“There are many myths about hypnosis, mostly coming from media presentations,” like fictional films and novels, says Irving Kirsch, a lecturer and director of the Program in Placebo Studies at Harvard Medical School. But setting aside pop culture clichés, Kirsch says hypnosis is a well-studied and legitimate form of adjunct treatment for conditions ranging from obesity and pain after surgery to anxiety and stress.

In terms of weight loss, some of Kirsch’s research has found that, compared to people undergoing cognitive behavioral therapy (CBT)—one of the most evidence-backed non-drug treatments for weight loss, depression and many other conditions—those who undergo cognitive behavior therapy coupled with hypnosis tend to lose significantly more weight. After four to six months, those undergoing CBT+hypnosis dropped more than 20 pounds, while those who just did CBT lost about half that amount. The hypnosis group also maintained that weight loss during an 18-month follow-up period, while the CBT-only group tended to regain some weight.

Apart from aiding weight loss, there is “substantial research evidence” that hypnosis can effectively reduce physical pain, says Len Milling, a clinical psychologist and professor of psychology at the University of Hartford.

One of Milling’s review articles found that hypnosis could help reduce kids’ post-surgical pain or pain related to other medical procedures. Another of his review articles found that when it comes to labor and delivery-related pain, hypnosis can in some cases significantly add to the benefits of standard medical care—including epidurals and drugs.

“It is very helpful for smoking cessation,” adds Dr. David Spiegel, a hypnosis expert and professor of psychiatry and behavioral sciences at Stanford University School of Medicine. “Half the people I see once stop [smoking], half of them won’t touch a cigarette for two years.” A 2007 randomized trial of 286 smokers found that 20% of people who received hypnosis managed to quit, compared to 14% of those receiving standard behavioral counseling. The smoking cessation benefits were even more pronounced among smokers with a history of depression—hinting at an additional potential benefit of hypnosis.

Hypnosis can also be “very helpful” in treating stress, anxiety and PTSD, Spiegel says. Research has found hypnosis can even alter a person’s immune function in ways that offset stress and reduce susceptibility to viral infections.

But what exactly does hypnosis entail, and how does it provide these benefits? That’s where things get a little murky. “If you asked 10 hypnosis experts how hypnosis works, you would probably get 10 different explanations,” Milling says.

Almost everyone in the field agrees that the practice of hypnosis involves two stages, which are usually referred to as “induction” and “suggestion.”

“During the induction, the subject is typically told to relax, focus his or her attention, and that he or she is going into hypnosis,” Milling says. This stage could last anywhere from a few seconds to 10 minutes or longer, and the goal of induction is to quiet the mind and focus its attention on the therapist or counselor’s voice and guidance.

The “suggestion” phase involves talking the hypnotized person through hypothetical events and scenarios intended to help him or her address or counteract unhelpful behaviors and emotions. Patients are invited to experience imaginary events as if they were real, Milling says. The type of suggestions used depend on the patient and his or her unique challenges.

In some ways, hypnosis can be compared to guided meditation or mindfulness; the idea is to set aside normal judgments and sensory reactions, and to enter a deeper state of concentration and receptiveness. Both Milling and Spiegel compare hypnosis to losing oneself in a book or movie—those times when the outside world fades away and a person’s mind is completely absorbed in what she’s reading or watching. Research has also referred to hypnosis as the temporary “obliteration” of the ego.

“While most people fear losing control in hypnosis, it is in fact a means of enhancing mind-body control,” Spiegel says. Instead of allowing pain, anxiety or other unhelpful states to run the show, hypnosis helps people to exert more control over their thoughts and perceptions.

How does hypnosis do this? Spiegel’s research has shown it can act on multiple brain regions, including some linked to pain perception and regulation. Hypnosis has also been found to quiet parts of the brain involved in sensory processing and emotional response.

However, there’s a lot of controversy over how hypnosis works, Milling says. “Originally, Freud theorized that hypnosis weakens the barrier between the conscious and subconscious,” he says, adding that this theory has largely been abandoned. While some attribute the power of hypnosis to the placebo effect, another theory is that “hypnosis causes people to enter an altered state of consciousness, which makes them very responsive to hypnotic suggestions,” he says. While talk about “altered states of consciousness” sounds a little spooky, there’s no loss of consciousness or amnesia.

Not everyone benefits equally from hypnosis. Milling says that about 20% of people show a “large” response to it, while the same percentage of people don’t respond much at all. The remaining 50% to 60% of people land somewhere in between. “Children tend to be more hypnotizable,” Spiegel says.

But even people who score low on measures of hypnotic suggestibility can still benefit from it, Kirsch adds. He also says it’s important to view hypnosis as a supplement to other forms of therapy—something to be tried only in conjunction with CBT, psychotherapy or other types of treatment.

Milling reiterates this point. He compares practitioners who are trained only in hypnosis to carpenters who only know how to use one tool. “To be an effective carpenter, it takes more than knowing how to use a saw,” he says. “Seek help from licensed psychologists, licensed psychiatrists and licensed clinical social workers who are trained in hypnosis as well as a range of other psychotherapeutic techniques.” (A benefit of seeing a licensed clinician, as opposed to someone who only practices hypnosis, is that the treatment is more likely to be covered by insurance.)

Finally, don’t expect hypnosis to work after a single session. Some experts say one shot can be effective. But Milling argues that “in general, a single treatment session involving hypnosis is unlikely to be beneficial.”

The original version of this story misstated the findings of two of Milling’s review articles. Hypnosis was found to significantly add to the benefits of standard medical care, not outperform it. Hypnosis was also found to reduce kids’ post-surgical pain, not to eliminate it. It also mischaracterized Milling’s view of the “suggestion” phase of hypnosis. Suggestions are a tailored invitation to experience imaginary events as if they were real. They are not dependent on the individual and they are not like asking a psychologist what they will say during psychotherapy. 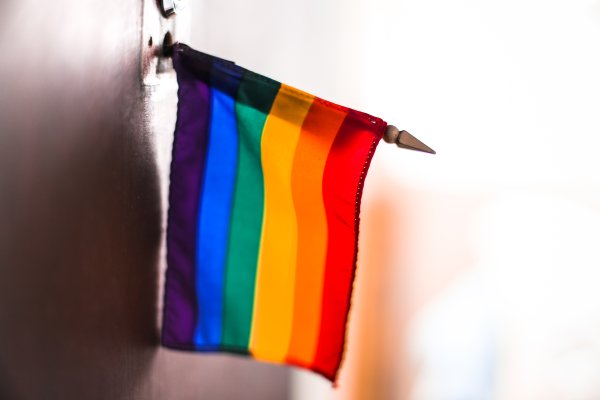