Jamel Myles was found dead of suicide just days after his mom said he came out as gay to his classmates, the Denver Post reports. Myles, who had come out to his family over the summer, reportedly faced significant bullying from his classmates as he began the new school year.

“My child died because of bullying. My baby killed himself,” Myles’ mother, Leia Pierce, told the Post. “He didn’t deserve this.”

While it’s difficult to assign a single cause to any death by suicide, Myles joins a tragic number of children who have faced bullying before taking their own lives. And kids of minority sexual orientations are at elevated risk. An estimated 34% of gay, lesbian or bisexual kids face bullying at school, which may make them especially susceptible to suicidal behavior, says John Ackerman, a clinical psychologist and the suicide prevention coordinator for the Center for Suicide Prevention and Research at Nationwide Children’s Hospital.

“When you’re at a really young age, you take a lot of your cues from the environment,” Ackerman says. “When you have something very relevant to the way a person views themselves, like sexual or gender identity, that may cause a reaction like bullying or cyberbullying, that can affect a person’s well-being.” When children are bullied for who they are, they can feel “like they can’t control their world, and other people will not respond to them in a positive way. Being younger, they don’t know that that will change.”

Research confirms that LGBTQ youth are at a disproportionately high risk of suicide — which is particularly concerning given that suicide rates and attempts are on the rise among kids in general.

A JAMA research letter based on 2015 CDC data found that about 40% of gay, lesbian, bisexual or questioning high school students reported seriously considering suicide during the prior year, compared to almost 15% of heterosexual adolescents. Almost a quarter of LGBQ students said they attempted suicide during that time, compared to about 6% of heterosexual teens, the report says. And while the CDC’s data didn’t include transgender youth, research has shown that, among the 40% of transgender adults who report attempting suicide, 92% said they had made an attempt before the age of 25.

John Ayers, one of the authors of the JAMA paper and a computational epidemiologist at San Diego State University, says it’s not possible to say for sure what’s responsible for these heightened risks, since “it’s difficult to point to a [singular] trigger” with any death by suicide. But, he says, lesbian, gay, bisexual and queer or questioning kids may face challenges that their peers don’t.

When people are suicidal “and then they’re exposed to a trigger, that final trigger can push them over the edge,” Ayers says. For kids who aren’t heterosexual, “the stressors that they face may be pushing them over the edge and making them act on that more.”

LGBTQ individuals are also three times more likely than straight peers to experience a mental health condition such as depression or anxiety, according to the National Alliance on Mental Health, which may also increase a person’s risk of suicide. Ayers adds that sexual minority individuals may also be more prone to substance abuse.

Knowing and being proactive about these risk factors, both experts say, could make a real difference in suicide prevention. “A supportive environment can be a prevention tool,” Ayers says.

Ideally, that would mean cooperation among parents, educators and school districts when it comes to helping LGBTQ kids work through the obstacles they face. Ackerman says teachers should be aware of suicide warning signs and available resources, and schools and health care systems should work to make mental health care more accessible to young people. But, he says, suicide prevention starts at home — which may mean asking your child tough questions and guiding them toward help if they’re struggling.

“LGBT youth, like all youth, need love and attention and acceptance when things are difficult for them,” Ackerman says. “We want the home to be a source where there’s safety and security, and that promotes strong mental health and resilience.” 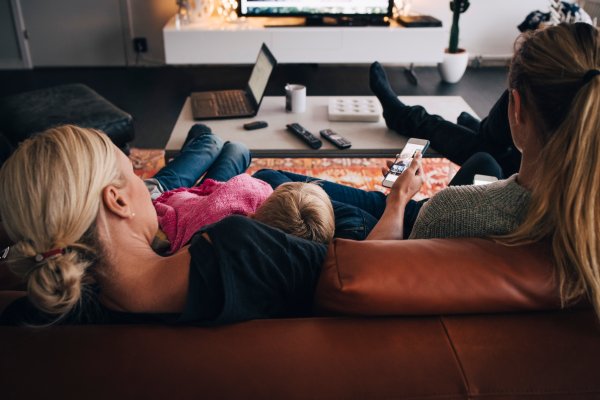 More Than Half of Teens Think They Spend Too Much Time on Their Phones
Next Up: Editor's Pick