China Is Preparing to End Draconian Family Planning Measures. But That Won’t Solve Its Demographic Crisis

It leaves a gruesome legacy of forced abortions and sterilizations, infanticide and a ruinous demographic imbalance. But now history’s biggest social engineering experiment — China’s One-Child Policy, since 2016 loosened to the Two-Child Policy — appears destined for the scrapheap.

On Monday, China’s state-run Procuratorate Daily revealed that “family planning” has been scrubbed from a draft civil code being deliberated by top lawmakers, mindful of China’s ticking demographic time bomb. By 2050, 330 million Chinese will be over 65, with dire consequences for the world’s number two economy.

“It’s long overdue,” says Prof. Gu Baochang, a demographer at Beijing’s Renmin University, of the looming end to almost four decades of birth controls. “We first proposed getting rid of the One-Child policy in 2000. If we started earlier then it would have been easier to address the problem.”

China first officially limited the number of children women could bear in 1979, though its leaders had encouraged its people to reduce family sizes even earlier, wary of millions more mouths to feed. As a result, an average of six babies per woman in the late 1960s shrunk to around 1.57 today. (An average of 2.1 is required to maintain a population.)

But few believe now abolishing family planning will address entrenched demographic problems. Moving from the One-Child to Two-Child Policy at the end of 2015 made little difference to the birth rate. In fact, after an 8% reactionary bump in 2016 — mainly women who’d waited for years for the opportunity to have a second child — it then fell 3.5% in 2017.

“In terms of freedoms, it’s fantastic if they finally lift the restrictions,” says Therese Hesketh, professor of Global Health at University College London. “But whether it have much effect on the birthrate, I just don’t know.”

Many young Chinese today reject wedlock altogether. Marriage registrations have declined annually since 2013; the number of divorces has climbed every year since 2012. Soaring living and education costs mean many Chinese balk at the thought of having more children, especially as few have experienced large families themselves.

“Financially, it’s just not possible for us to have any more children,” says Beijing dad-of-two Liu Minwei, who works 12 hours a day as a software engineer. “My mother already has to help take care of our kids. And we are all exhausted.”

In addition, a preference for male heirs and selective abortions has foisted one of the world’s worst gender imbalances. In rural China, it’s still possible to see slogans painted on walls to remind the peasantry “it’s illegal to drown your daughters.” Still, China today has 34 million more men than women. By 2020, there will be 24 million Chinese men of marrying age unable to find a wife.

Parents desperate to find partners for their unmarried sons and daughters come to People's Park in Shanghai every weekend to post advertisements describing the desirable traits of their children.
Dave Cole—Penn State University/MCT/Getty Images

In Tianmen Village in central Hubei province, the gender disparity is 176:100, meaning one in three men cannot find a bride, writes Leftover in China author Roseann Lake. In some places, writes Lake, ostentatious house extensions with a forest of lightning rods are de rigueur for families looking to marry off a son. Across China, there’s a boom of foot-massage and karaoke parlors and other ways to replicate fleeting intimacy.

The gender imbalance can be seen in China’s live-streaming phenomenon, whereby pretty young women can earn six-figure salaries by sharing the unvarnished humdrum of their lives to lonely men. Meanwhile, “love schools” teach fretful bachelors how to bag a bride. Parents worried about their retirement congregate in public parks to match up unwed sons and daughters. There are fake boy and girlfriends who accompany singletons on family outings for a price, just to quell incessant parental nagging.

But there are more nefarious consequences. An increasing number of Chinese men buy brides from around China’s periphery, such as Laos, Vietnam and Myanmar. In ethnic Hmong villages around the Vietnamese town of Sapa, virtually every family knows a girl whom has been snatched, usually after being groomed on social media, reports The Guardian’s Kate Hodal.

Paradoxically, nixing birth restrictions could also stand to negatively impact Chinese women. While the One Child Policy was responsible for 30 million “lost” female babies and fetuses, the girls who survived were empowered with hitherto unseen resources, not to mention opportunities for higher education and careers beyond.

Today, despite the gender imbalance, there are more female than male students at Chinese universities. Women are responsible for 41% of Chinese GDP — the highest proportion in the world. Some 72% of Chinese mothers are in full-time work. (In Switzerland it’s 15%). Ninety-three of the world’s 123 self-made female billionaires are Chinese.

“Because, during the One-Child Policy, girls got equal access to resources,” says Hesketh. “Foreign universities are full of Chinese girls whose parents are paying for them.”

But already, following the shift to the Two-Child Policy, mothers with only one child report getting passed over for promotion by employers wary of another bout of maternity leave and potential resignation due to family pressures. Sociologists warn removing all limits may cause such discrimination to metastasize. Women who don’t want more children are already feeling pressured by husbands, parents — and the government — to have them.

Although abolishing the Two-Child Policy is a net positive for freedom of choice, the downside is that it risks curtailing much of the gender equality it spawned. What’s more, the immediate consequences of reversing the policy may actually be an economic brake, as boosting the number of young children will actually shrink the working cohort size in the short-term.

“In the next 20 years the dependence ratio will get worse, not better,” says Wei Shang-Jin, professor of Chinese business and economy at Columbia University. “No family can give birth to a 20-year-old straight away.” 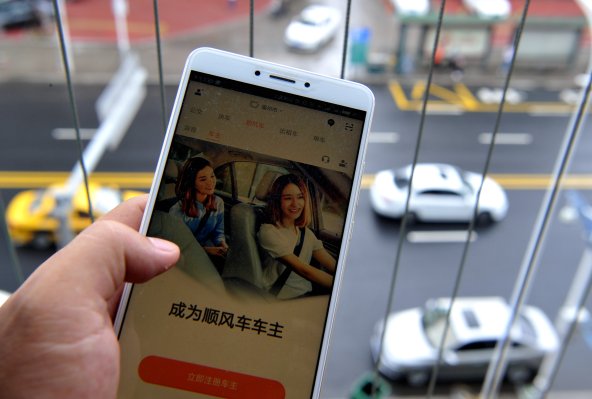