A rutting bottlenose dolphin is causing quite a stir in northwest France.

After weeks of entertaining beach-goers near the Breton city of Brest, the dolphin — nicknamed Zafar — has officials concerned that the mammal may be trying to get too close to swimmers, the BBC reports.

The frisky antics of the overly-friendly dolphin prompted the mayor of Landévennec to ban swimming and diving at local beaches in the area.

According to local news site Le Télégramme, Zafar has not been aggressive with beach goers, but the 10 foot long dolphin has been rubbing up against swimmers and boats, the BBC reports.

The dolphin has also been at the center several reported incidents. Last month, a swimmer needed to be rescued when Zafar wouldn’t let her return to the shore. One Spanish vacationer complained about being “confronted” by Zafar, who was “anxious to interact.” Another kayaker said the dolphin leaped over his head, and most recently, tossed a bather into the air with its nose.

The mayor said the ban would be enforced wherever the dolphin’s presence is confirmed, and getting closer than 50 meters to the animal is not allowed.

An expert at the Brest aquarium said it was possible for the dolphin to do harm with its tail fin, but others like Breton lawyer Erwan Le Cornec said the ban was excessive.

“How many accidents have there been with a dolphin in Finistère since our two species existed? None,” he complained. 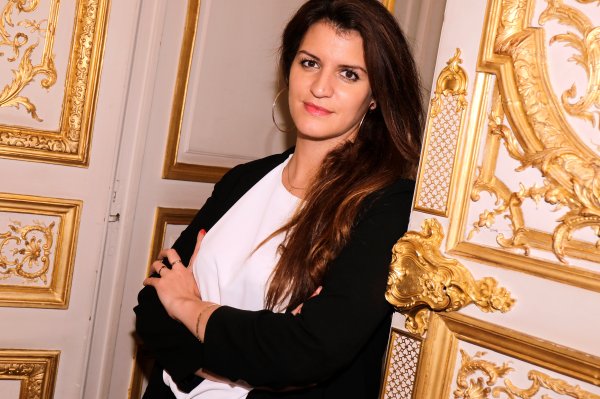 France's Gender Equality Minister Has Already Cracked Down on Catcalling and Online Abuse. She's Just Getting Started
Next Up: Editor's Pick