The Xbox One S bundle includes the console, which supports 4K video content, and HDR for improved clarity and color reproduction on HDR-compatible televisions, for $21.99 per month. The $34.99 subscription includes the more powerful Xbox One X, which features additional processing power used to render games in 4K resolution.

Both plans include two years of Xbox Live Gold, which provides access to online multiplayer gaming, a changing selection of included games as long as your subscription is active, and members-only discounts on certain titles and other content. Subscribers will also get two years of Xbox Game Pass, which provides users with a selection of first-party and third-party titles to play for free — think Netflix for Xbox games.

From a cost perspective, the All Access program seems like a decent deal. Right now, an Xbox One S costs $299, and two years of Xbox Live Gold is $120. Two years of Game Pass, at $9.99 per month, will cost $239.76, making the cost of ownership over the course of 24 months about $588.74. That same bundle under Microsoft’s All Access program will cost $527.76, saving you about $60. (Of course, your personal cost-benefit analysis will depend on whether you’d pay for Xbox Live Gold and Xbox Game Pass as standalone offerings.)

In the Xbox One X’s case, your savings will be much less prominent. Piecemeal, including the $499 console, you can expect to pay $858.74. Through All Access, you’ll pay $839.76, saving about $20. Either way, you’ll own the console in the end. That means Xbox All Access offers gamers a way to bypass the high cost of entry when it comes to games consoles — and it’ll test whether people are ready for monthly hardware contracts to invade the gaming world.

You can purchase an Xbox All Access subscription by visiting one of Microsoft’s retail stores and applying for a Dell Preferred Account, used to finance the purchase. You can also pay for the entire bundle upfront if you want to avoid the monthly fee or application process. The company says it’s not responsible for extending credit or determining eligibility. Sound familiar? Yeah, it’s basically a two-year contract like the one you’d get from your wireless provider when buying an expensive smartphone. But unlike many smartphone plans, Microsoft’s Xbox All Access is a pretty good option if you don’t mind a monthly bill.

Microsoft has attempted this trick in the past — it had a similar but short-lived subscription program in 2012 that included its previous-generation Xbox 360 — but this is a first when it comes to experimenting with its flagship device. Subsidizing the premium cost of its high-end console could mean the company is looking to diversify its method of delivery when it comes to entertainment, or at least trying to expand the accessibility of the hardware capable of displaying its entertainment content. Xbox users can already play certain Xbox titles on a Windows PC using Xbox Play Anywhere, but that doesn’t mean your Windows PC is powerful enough to play games without issue. 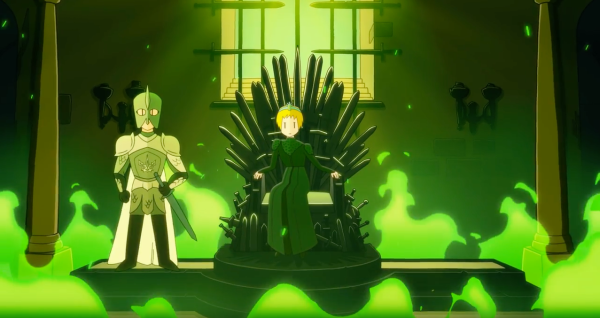 Get Ready to Ascend the Iron Throne in Exciting New Game of Thrones Video Game
Next Up: Editor's Pick