Despite speculation that the pair had bad blood after Kloss’ name appeared to be missing from a squad-decorated shirt that Swift wore in the “Look What You Made Me Do” video, the Victoria’s Secret model came out to celebrate Swift at Saturday’s Nashville stop of the Reputation Tour. Fellow attendees even shared footage of Kloss filming herself jamming out at the concert.

“LOOK AT HOW PRECIOUS THIS IS,” one fan captioned a video of Kloss singing along and dancing to “Blank Space.”

Kloss herself also took to social media to praise Swift for her performance with a photo of the two posing together backstage. “No one puts on a show like @taylorswift,” she captioned the shot. “#ReputationTour Nashville was out of this world, I am SO proud of you.” 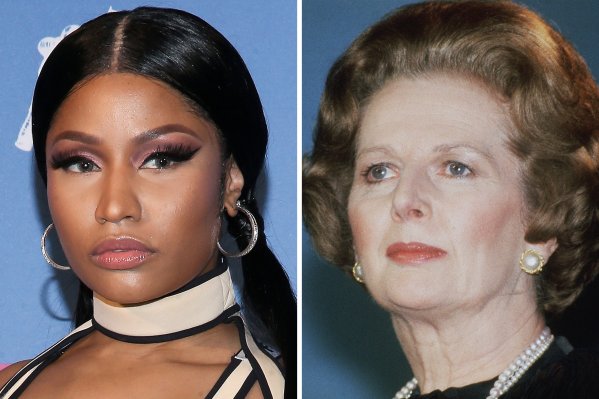 Nicki Minaj Gave a Shout Out to Margaret Thatcher and People Are Really Confused
Next Up: Editor's Pick