What to Know About the Suspected Jacksonville Madden Tournament Shooter

Police believe a Baltimore-based video game competitor opened fire on his fellow players at a live tournament in Jacksonville, Fla., Sunday, killing two and injuring 11 more, before turning the gun on himself.

Authorities identified David Katz, a 24-year-old white man from Baltimore, as the sole suspect in the mass shooting at Jacksonville’s The Landing shopping center, where video game competitors had gathered for EA Sports’ Madden NFL 19 championship series. The suspected shooter fired off more than a dozen rounds in the middle of the tournament, which was streamed live on gaming network Twitch TV and abruptly cut off when the first shots were fired. Audio of the horrific tragedy and the immediate aftermath continued to broadcast live even after the video was cut off.

Officials said Monday the suspected shooter was “clearly” targeting other competitive gamers in the attack, and had recently purchased two handguns in Maryland.

Federal investigators from the Federal Bureau of Investigation (FBI) and the Bureau of Alcohol, Tobacco, Firearms and Explosives (ATF) were assisting local officials to uncover any potential motive on Monday.

Here’s what to know about the suspected shooter.

In a press conference Monday, Jacksonville Sheriff Mike Williams said the suspected shooter had two handguns — a .45 caliber handgun and a 9 mm pistol — on him during the attack. Authorities said they believe Katz fired shots from only one of the weapons.

Officials said the suspected shooter legally purchased the handguns in Maryland from a licensed dealer within the last month and brought them with him to Jacksonville.

Police confirmed Katz was the sole suspect in the incident after viewing footage of the attack.

On Sunday, Williams said Katz came to Jacksonville for the event specifically and stayed in a hotel.

There was “no indication” in the investigation so far that Katz had planned the shooting prior to Sunday.

The FBI in Baltimore had searched the home of Katz’s father, and officials said both of Katz’s parents were fully cooperating with the investigation.

Police also said they have found the suspect’s vehicle and a search is pending.

Court records from David Katz’s home state of Maryland show that he had previously been hospitalized for mental illness as an adolescent, the Associated Press reported Monday. David Katz was hospitalized twice in 2007, and prescribed anti-psychotic and antidepressant medications, according to his parents’ divorce filings.

The documents also portray David Katz as an obsessive consumer of video games, sometimes to the detriment of his school attendance or personal hygiene. “His hair would very often go unwashed for days,” his mother Elizabeth Katz said, according to a court transcript, adding that she was sometimes forced to confiscate his gaming equipment. As their relationship deteriorated, Elizabeth Katz “routinely” called a 911 dispatcher, accusing David Katz of “assaulting” her to gain control of the television cable.

Katz won a Madden tournament in 2017

Known as “Bread” in Madden NFL games, Katz was the champion of the Buffalo, N.Y. leg of the 2017 tournament. A video of his title-winning game against Carlos Yancy, known better as “Los” in the gaming community, showed Katz celebrating when he came out victorious in the final moments of the game.

“Bread, the seventh seed, upsets the top seed, Los, and he takes it to the house,” the announcer said upon Katz’s win. “I cannot believe it. The gunslinger mentality to go for it,” the announcer said, referring to his final play, “and he will be the 2017 Madden Champion Bills Series.”

In an interview after the win, Katz said he “just got a lucky play” and winning the championship “was obviously the goal.”

“I was glad I was able to play a good game, and lucky to come out on top,” he said at the time. 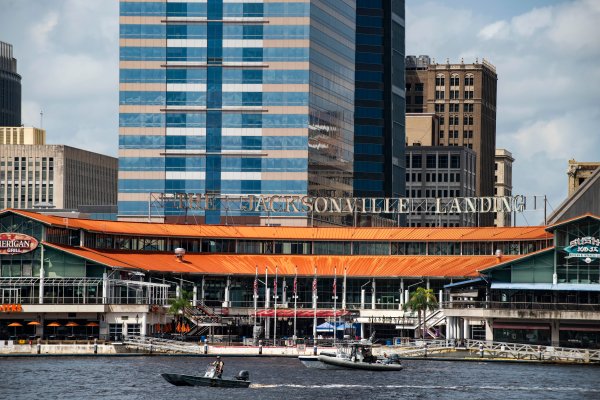 3 Dead in Gaming Tournament Shooting
Next Up: Editor's Pick