(Bloomberg) — The big-screen homage to the lifestyles of Singapore’s rich and famous topped the box office for a second weekend, fending off competition during an end-of-summer lull.

“Crazy Rich Asians” added $25 million to its haul from U.S. and Canadian theaters this weekend, ComScore Inc. estimated in an email Sunday. STX Entertainment’s “The Happytime Murders” opened in third place, while Global Road’s “A.X.L.” made its debut in ninth place.

The success of “Crazy Rich Asians” has been welcomed by Asian filmmakers seeking greater representation in Hollywood. Other minorities like Latinos are also hoping the movie will open doors for others to have mainstream success. BoxOfficePro.com was forecasting North American sales of $17.5 million this weekend.

The film, based on the novels by Kevin Kwan, dropped just 6 percent from the previous weekend, a rare achievement for a movie not released during a holiday. Its success has already inspired distributor Warner Bros. to start work on a sequel with director Jon Chu. Kwan’s follow-up book “China Rich Girlfriend” was No. 2 on Amazon.com Inc.’s charts this week, up 16 spots from last week.

“Crazy Rich Asians” also opened in Asia this week, including atop the Singapore box office, bringing its overseas sales to $84 million, according to Warner Bros.

“The Happytime Murders” opened with sales of $10 million, missing Box Office Mojo’s forecast for $13.5 million and a debut in second place.

The film stars Melissa McCarthy, Elizabeth Banks and Maya Rudolph in a murder mystery about puppets who are being killed off one by one. The picture cost about $40 million to make. Just only 28 percent of critics recommended the movie, according to RottenTomatoes.com.

The other new release of the week, “A.X.L.,” opened in about 1,700 theaters and took in $2.94 million for Global Road, which exceeded expectations. The film is about a top-secret robot dog that befriends and protects a young man. Box Office Pro was predicting $1.75 million in weekend sales for the picture, which was recommended by just 20 percent of critics. 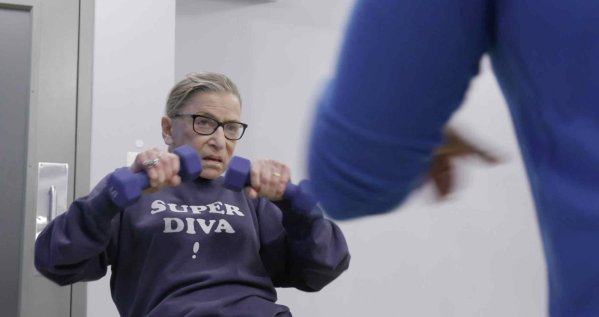 How Documentaries Became the Hottest Genre of the Summer
Next Up: Editor's Pick