California Highway Patrol confirmed the fatal car accident took place on Thursday around 4:30 p.m., when Trevor Heitmann, known as “McSKillet” on Youtube, smashed his 2015 McLaren 650S head on into a 2010 Hyundai. Heitmann’s McLaren was traveling at almost 100 miles per hour as he drove south on a northbound carpool lane on the I-805 highway .

All three died at the scene of the accident, officials said. The San Diego Medical Examiner confirmed Heitmann died due to “blunt force trauma.”

California Highway Patrol also said they are investigating whether Heitmann intentionally drove on the wrong side of the highway.

The fatal car accident took place 30 minutes after Heitmann crashed his sports car into a gate at Ashley Falls Elementary School, San Diego Police said. After crashing through the gate, Heitmann exited his car and smashed a window at the school. 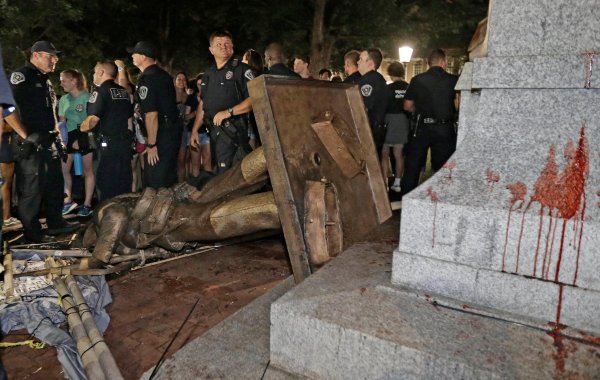 7 Arrested at Protest Over ‘Silent Sam’ Statue
Next Up: Editor's Pick