circa 1850: An overseer riding past people picking cotton in a field in the southern states of America.
MPI/Getty Images
By Caitlin Rosenthal

On Jan. 1, 1863, the president of the United States issued one of the most important executive orders in American history: Proclamation 95, more commonly known as the Emancipation Proclamation. Though the Emancipation Proclamation is not usually invoked as an example of labor regulation, it is among the most important such measures in American history. The proclamation — and, later, the 13th Amendment — constrained slaveholders’ economic liberties in order to offer basic freedoms to enslaved workers.

As Labor Day approaches, we should reflect not just on the holiday’s own important history, but also on the much longer fight to protect American workers. W.E.B. DuBois famously described the American Civil War as a “General Strike” because of the hundreds of thousands of enslaved people who stopped their work, many of whom also joined the Union Army. Though this strike was quite different from those of the union movements that would inspire the holiday decades later, both produced fundamentally important labor regulations. And revisiting the history of American slavery offers a powerful example of what business can look like when the law prioritizes property over people.

Many slaveholders were skilled businesspeople, and plantation record books offer a paper trail that shows how they blended violence and innovation in the pursuit of profit. Planters tracked enslaved people’s productivity with a level of attention akin to that used by most contemporary factory managers. This was most pronounced on cotton plantations, where data-minded planters tracked output on an individual basis. One enslaved man described weighing the amount of cotton picked by each individual slave three times per day. Others described how picking data was recorded on slates before being transcribed to gridded record books, the 19th century equivalent of spreadsheets. Surviving books contain thousands of data points, offering minute views of productivity on an individual basis.

Slaveholders put this data to work, using it to determine the maximum amount of labor people could perform and pushing them to attain that maximum. To accelerate picking rates, slaveholders relied on incentives, such as small rewards of cash or clothing — but they also dispensed harsh whippings. Enslaved people described how planters doled out lashes when they did not pick fast enough. This accelerated not only their own labor but also the labor of those who were terrified of receiving the same treatment.

In all of these efforts, slaveholders benefited from immense, largely unregulated power over enslaved people. This control enabled exacting management. For example, in the punishing and semi-industrial agribusinesses that grew and refined sugar, planters could move enslaved people from task to task at will, systematically choreographing their labor. A British traveler touring the south concluded, “free labor cannot compete, in the manufacture of sugar, with better organized slave labor.”

Fortunes were won and lost on investments in people. To track these investments, many slaveholders took regular inventories of enslaved people, using them to trace the “appreciation” and “depreciation” of human capital. Inventories often included ages, occupations and values, and they helped planters to compare their gains and losses from year to year. Knowing how much enslaved people were worth could even help planters acquire credit, which they often secured with human collateral. Planters often accounted for people in the same way they accounted for livestock, with slaveholders literally constructing balance sheets denominated in the units of human lives. An initial inventory plus births equaled a final inventory minus deaths.

While it might seem strange to think about an economy with slavery as one with a “free” market, slaveholders believed that owning people was an economic freedom. They viewed emancipation as a curtailment of their liberties. The end of slavery expropriated their property and restricted the way they were accustomed to doing business. Sociologist Orlando Patterson once described the 18th and 19th century slave world as “capitalism with its clothes off” — a phrase that evokes a wilderness of exchange not yet regulated in ways that protected workers.

Without laws like the ones that came out of the movement that produced Labor Day, workers have to depend not on the protection of the law but on the kindness of their employers — and individual goodwill often does not go very far. Take Thomas Jefferson, who had deep misgivings about aspects of slavery and even advocated against the slave trade, yet only freed a handful of the hundreds of men and women he enslaved.

That lesson about the need to protect workers is still crucial.

There are, of course, vast distances between the conditions facing American workers today and those experienced by enslaved workers in the 18th and 19th centuries. However, unsettling parallels can be drawn between slaveholders and modern capitalists: these include a willingness to go to immense lengths in the pursuit of profit — often to the very edge of what the law allows — and aspiring to change the law when it does not serve their interests. Much like modern industry representatives protesting legal restrictions, slaveholders lobbied hard to protect their property and profits. Eventually, they seceded from the union to safeguard their human capital. As the State of Georgia argued in its secession documents, the north had “outlawed $3,000,000,000 of our property in the common territories of the Union.”

President Trump has made rolling back federal regulations a cornerstone of his policy, and claims that he does so in order to help workers by helping the economy. However, while simplifying and streamlining regulations may be worthy goals, when it comes to labor these goals must be put in the context of a long history of highly successful and critically important regulations, including the end of bonded labor. Human freedoms — including the right to earn a just wage in safe conditions — should always outweigh the pursuit of profit.

Caitlin Rosenthal is the author of Accounting for Slavery: Masters and Management, available now. 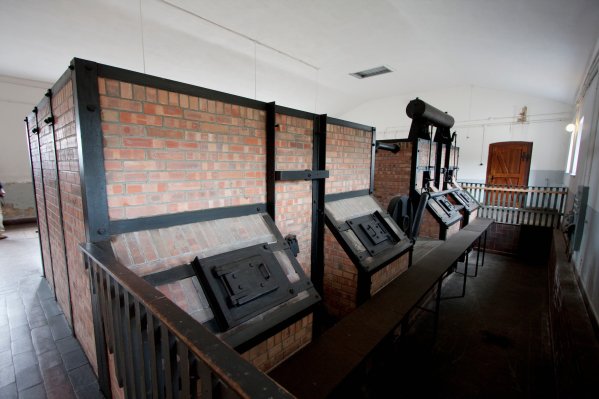 These Men Offered 'Perfection in Cremation Technology' to the Nazis. We Can Learn From the Records They Left
Next Up: Editor's Pick