A New Study Says Any Amount of Drinking Is Bad for You. Here's What Experts Say

A new study concludes there’s no amount of alcohol consumption that’s safe for overall health — a finding that’s likely to surprise moderate drinkers, and that has left some experts unconvinced.

For years, public health officials have said that, while no one should pick up drinking in search of better health, moderate drinking (defined as up to a drink per day for women and up to two per day for men) probably won’t hurt anyone who already imbibes, and may even confer some benefits. This standard is written into the Dietary Guidelines for Americans and is supported by organizations including the American Heart Association and the American Cancer Society.

But the new paper, published Thursday in The Lancet, calls that long-held conclusion into question.

“The evidence is adding up that no amount of drinking is safe,” says study co-author Emmanuela Gakidou, a professor of global health and health metrics sciences at the University of Washington. “I don’t think we’re going out on a limb to say anything that the data do not support.”

The new research was based on a review of nearly 700 existing studies on global drinking prevalence and nearly 600 studies on alcohol and health, and found that alcohol was the seventh leading risk factor for premature death in 2016, contributing to 2.8 million deaths worldwide. That number is equivalent to 2.2% of all female deaths and 6.8% of all male deaths that year, according to the study.

The health risks likely only increase the more you drink, the study found. Compared to non-drinkers, people who had one alcoholic beverage per day had a 0.5% higher risk of developing one of 23 alcohol-related health problems, including cancer, road injuries and tuberculosis, in a given year, the study says. At that level, the absolute increase is small, equaling only four additional deaths per 100,000 people per year, according to the study. But those who had two drinks per day had a risk 7% higher than non-drinkers. At five drinks per day, the risk was 37% higher, the study says.

Gakidou’s paper did show some modest cardiovascular benefits associated with moderate drinking, particularly among women, but she says that effect is overshadowed by the numerous ways alcohol can threaten health. When you consider risks like breast cancer and road traffic injuries, she says, “the protective effect goes away, even at low doses.”

Other experts have recently come to similar conclusions. In May, for example, the World Cancer Research Fund released a report saying that, at least in terms of cancer prevention, “it’s best not to drink alcohol.” The U.K. government made a similar recommendation in 2016.

Meanwhile, some studies have questioned the long-standing idea that moderate drinking is good for heart health. That’s in part because some older studies didn’t account for the fact that many people who don’t drink abstain either because they had addiction issues in the past, or have other health problems that force them to stay away from alcohol. Including these individuals in the general non-drinking population may have skewed research results to make teetotalers as a whole group look unhealthier than they actually are, some studies have suggested.

Walter Willett, a professor of nutrition and epidemiology at the Harvard T.H. Chan School of Public Health, questions the conclusion that the cons of drinking always outweigh the pros. While there’s “no question” that heavy drinking is harmful, he says that plenty of data supports links between moderate drinking and lower total mortality and a decreased risk of heart disease — which, he says, are far more relevant concerns for most Americans than something like tuberculosis, which the Lancet paper identifies as a leading alcohol-related disease worldwide. Tuberculosis is very rare in the U.S.

“Our decisions about drinking in the United States shouldn’t be influenced by what alcohol does to tuberculosis,” Willett says. “When you throw together everything in one big pot and draw conclusions for the whole world, it’s just misleading.”

Willett does acknowledge that even moderate drinking comes with tradeoffs. A drink a day may decrease a woman’s risk of heart disease but increase her risk of breast cancer. For a young, healthy woman who is unlikely to die of heart disease, those risks might outweigh the benefits. But that’s a decision that woman would have to make with her doctor, Willett says — and it’s unlikely the entire population would or should come to the same conclusion.

“I think they went too far in this paper,” Willett says. “There are risks and benefits, and I think it’s important to have the best information about all of those and come to some personal decisions, and engage one’s health care provider in that process as well.”

Gakidou, on the other hand, says her paper’s recommendation is valid precisely because individual health decisions are so variable.

“We don’t have the information for specific individuals…we’re making overall recommendations at the population level,” she says. “If you’re running a health system in a country, it’s better overall for the population of your country to not drink at all than to drink a little bit.”

Dariush Mozaffarian, dean of the Friedman School of Nutrition Science and Policy at Tufts University, agrees with that assessment. It’s clear, he says, that drinking comes with health risks, and far less clear that it comes with any benefits. So while some moderate drinkers might never experience health problems from drinking, “if you look at all the risks and all the benefits of alcohol, it’s probably net harmful, on average, for the whole population,” he says.

While that conclusion may seem stark to people who have come to feel virtuous about their nightly glass of wine, Mozaffarian says it’s actually not so different from current medical advice.

“I think this is actually consistent with every organization’s recommendation that, overall, no one should start drinking to prevent heart disease or diabetes,” Mozaffarian says. “No organization has ever recommended to drink alcohol. The recommendation has been that if you drink — and that’s the key caveat — don’t drink more than moderately.” 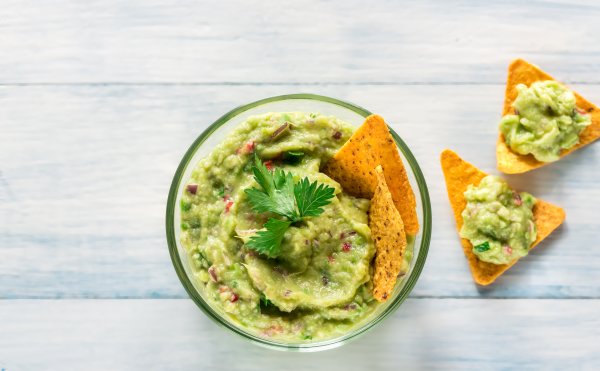