President Trump Tweeted About the 'Large Scale Killing' of White South African Farmers. That Doesn't Fit With the Facts

President Donald Trump wrote a tweet mentioning the word “Africa” for the first time in his presidency late Wednesday.

That tweet conveyed the news that he had just instructed Secretary of State Mike Pompeo to look into “farm seizures” and “the large scale killing of farmers” in South Africa.

Posted at just past 10 p.m., the tweet credited Fox News host and commentator Tucker Carlson – who had presented a piece about South African farmers earlier that evening.

Carlson claimed that South African president Cyril Ramaphosa had begun “seizing land from his own citizens because they are the wrong skin color,” and complained that the Trump administration had not weighed in on the issue. Hours later, Trump responded.

At a press briefing Thursday, State Department Spokesperson Heather Nauert told reporters that Pompeo and Trump had discussed the issue of land seizures in South Africa and said Pompeo would “take a look at it.”

Nauert added that the State Department thinks the expropriation of land without compensation “would risk sending South Africa down the wrong path.”

Is there really “large scale killing of farmers” in South Africa?

Right-wing commentators have claimed there is an unpublicized “white genocide” unfolding in South Africa, but statistics say the opposite.

A recent study showed that, in fact, killings of farmers in South Africa are at their lowest level in 20 years. Last year, 47 farmers were reported killed, the lowest number in a steady decline since 1998, the peak of the violence, when 153 were killed. To add to that, statistics are not kept by race – so there is no guarantee that all of those killed were white.

And because statistics are not kept on motivations for killings either, it is impossible to know whether the killings are racially motivated – although news of brutal slayings often leads to speculation of revenge as a motive in the media.

It is also important to remember that the murder rate in South Africa is exceptionally high. In 2015, the homicide rate was 34 killings per 100,000 people, according to the U.N. Office on Drugs and Crime – about seven times higher than the U.S. homicide rate.

But, the vast majority of South African victims are black. “In fact, whites are less likely to be murdered than any other race group,” says the fact-checking organization AfricaCheck.

One study suggests less than 2% of murder victims in the country are white, despite white South Africans making up about 9% of the population.

“Trump’s statement is really about American politics, it’s not about South African politics,” says Chris Vandome, a Southern Africa expert at Chatham House, a think tank. “Over the course of the last 18 months, there has been an increase in right-wing international attention on the situation in South Africa, manipulating what’s going on in order to suit an international agenda.”

That attention, Vandome says, suits right-wingers attempting to discredit liberal critiques of racism, but doesn’t fit with the facts on the ground.

In a statement, the South African government said it “totally rejects this narrow perception which only seeks to divide our nation and reminds us of our colonial past.”

Nkosi Mandela, grandson of Nelson Mandela, said Thursday: “Trump once again demonstrates a total ignorance of reality. We will not be dictated to, threatened or pressured into accepting a land deal that perpetuates the injustices of the past.”

So why is South African land reform in the news?

On Aug, 1, Ramaphosa announced that his party, the African National Congress (ANC), intended to push forward with a change to the constitution that would allow the seizure of land without compensation (called expropriation in South Africa), to address what the ANC calls the “historic injustice of landlessness.” That would be an expansion of the state’s current powers, which allow it to force landowners to sell at fair rates. The reasons for those laws lie in South Africa’s history.

Until 1994, South Africa was ruled under a system known as Apartheid, a state-sanctioned form of institutional discrimination. Under Apartheid, black people – the majority of South Africans – were legally unable to own land in most of the country, and faced discrimination almost everywhere else in their daily lives too.

When Apartheid came to an end in 1994, nearly 90% of South African land was owned by the white population. Despite over two decades of attempts to address this imbalance by successive governments, white people still own 72% of agricultural land in the country, according to a recent government land audit.

Partially as a result of this, and partially because of other economic legacies of Apartheid, white South African households remain 5.5 times richer than their black counterparts on average. This is one of the key reasons the ANC wants to pursue land reform.

“The majority of people in South Africa understand the need for reform,” says Vandome of Chatham House. “They also understand that it needs to be done in a delicate way that is cognizant of maintaining food security.”

Have land seizures and expropriations begun?

Contrary to Carlson and Trump’s claims, seizure of land without compensation has not yet begun.

However, if the ANC gets its way, it will start soon. Critics say that if that happens, it will not only violate internationally-recognized property rights but also possibly impact food security, drawing comparisons to Zimbabwe’s economic crash following Robert Mugabe’s 2000 decision to force white farmers off their land.

But Ramaphosa has promised that any expropriations will be conducted with food security in mind. In a statement released on Wednesday, the ANC said it would “ensure that land reform is implemented in a way that increases agricultural production, improves food security and ensures that the land is returned to those from whom it was taken under colonialism and apartheid.”

Despite this, analysts have warned that if the ANC does go through with the plans it could deter investment and trigger credit downgrades from international credit rating agencies, which would affect the prices of government loans and potentially cause an economic crisis.

Why is the ANC pushing for a change in the law?

Because it’s overwhelmingly popular. Land expropriations with compensation at market rates have been going on for decades, but have so far done little to shift the balance of land ownership and economic power in the nation.

“The reason for the issue being put back on the table is that for a long time there has been a lack of progress,” says Vandome. “The overall sense of where South Africa is now compared to where it was 10 years ago is there is a slower rate of change than people were expecting.”

The push for seizures without compensation, he says, has come about largely because of a mixture between internal ANC politics and frustration at continued lack of progress.

When Ramaphosa became party leader in February, the ANC was split. Although he was victorious, Ramaphosa was not seen as the candidate for the rural poor. As a concession, he has since pushed forward efforts on land reform in an attempt to capitalize on widespread dissatisfaction at the current situation.

And elections scheduled for next year are a factor, too. The left-wing party Economic Freedom Fighters, which calls for land expropriation without compensation, has surged in popularity recently. Ramaphosa’s push is also seen as a political calculation to fend off that electoral threat.

Despite right wing capitalization on the issue of land, Vandome says, foreign influence is unlikely to play much of a role in that contest. 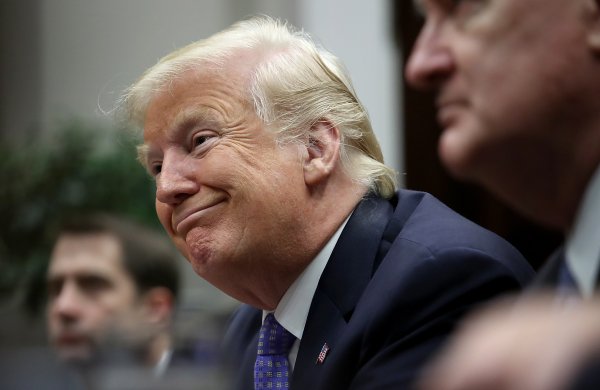