More Teenagers Than Ever Are Getting the HPV Vaccine, CDC Says

A medical assistant fills a needle with the drug Gardasil, used for HPV vaccinations, at Amistad Community Health Center in Corpus Christi, Texas on Friday May 27, 2016.
The Washington Post—The Washington Post/Getty Images
By Jamie Ducharme

More teenagers than ever before are getting vaccinated against human papillomavirus (HPV), according to new data from the Centers for Disease Control and Prevention (CDC).

Between 2016 and 2017, the CDC says, the percentage of teenagers who reported getting at least one dose of the HPV vaccine increased from 60.4% to 65.5%. Meanwhile, the percentage of teens who reported being up to date with the entire vaccine series rose from 43.4% to 48.6%, according to responses to the 2017 National Immunization Survey—Teen, which includes data from almost 21,000 U.S. teenagers ages 13 to 17.

While there’s still work to be done, particularly among boys, the report says that these increases suggest that efforts to improve education around the HPV vaccine and cancer prevention are working. And the effects of those upticks may already be beginning to emerge. 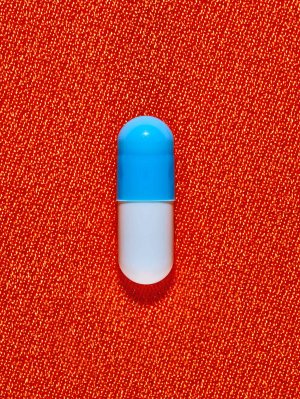 People Are Now Taking Placebo Pills to Deal With Their Health Problems—And It's Working
Next Up: Editor's Pick