President Trump: 'If I Ever Got Impeached, I Think the Market Would Crash'

President Trump said the stock market would crash “everybody would be very poor” if he was ever impeached in a new interview.

“If I ever got impeached, I think the market would crash,” he said said in a Fox and Friends interview that aired Thursday. “I think everybody would be very poor. Because without this thinking you would see – you would see numbers that you wouldn’t believe in reverse.”

He also said: “I don’t know how you can impeach somebody who’s done a great job.”

Trump recorded the interview with Fox and Friends host Ainsley Earhardt at the White House on Wednesday – a day after his former personal lawyer Michael Cohen pleaded guilty to eight felony counts and his former campaign chairman Paul Manafort was convicted of eight counts of tax and bank fraud.

Trump also tried to downplay his relationship with Cohen, who pleaded guilty to eight felony counts this week, including arranging payments to women during the 2016 campaign to keep them quiet about claims they had extramarital affairs with Trump.

“Well I don’t know if he was a fixer. I don’t know where that term came from. But he’s been a lawyer for me,” Trump said. “Didn’t do big deals, did small deals. Not somebody that was with me that much. You know, they make it sound like I didn’t live with — without him. I understood Michael Cohen very well.”

Asked if he could grade his presidency, Trump went straight for the top score. He did the same in an April Fox and Friends interview.

“I give myself an A+,” he said. “I don’t think any president has ever done what I’ve done in this short – we haven’t even been two years, biggest tax cuts in history. Soon to be two unbelievable Supreme Court Justices.”

Trump also addressed his wife, First Lady Melania Trump, amid new coverage of claims he cheated on her during their marriage.

“She’s doing great. She’s a terrific woman,” he said. “She goes through a lot with all this publicity.” 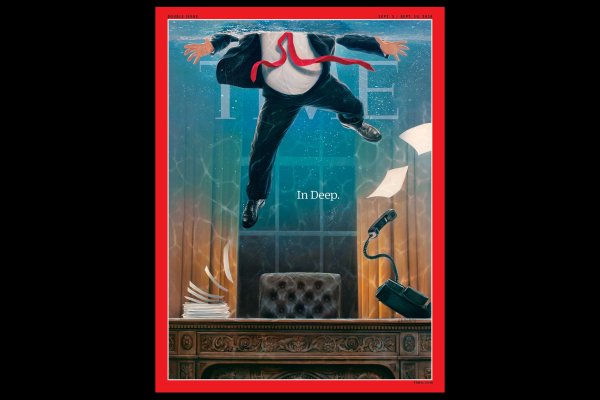 Trump Is in Trouble. Here's How Much Worse It Can Get
Next Up: Editor's Pick