Ozark’s Jason Bateman On Being a TV Antihero

The men you play on both Arrested Development and Ozark are unassuming guys who get embroiled in intense situations. Are you drawn to characters like this?

I like to be a proxy for the audience–that’s a necessary component in a drama or a comedy. I like the responsibility of that. It’s not the funny part in a comedy, and in a drama, it’s not the scary part–I’m usually the person reacting to the funny or running from the scary.

Ozark details class divisions and economic inequality. How did you consider those issues in the show?

A family–the Byrdes–comes down to the center of the country and thinks they can dominate and manipulate. They underestimate the savviness of the locals, and they’re still kind of paying that bill. The rude awakening they find themselves in is something that would be familiar to a lot of what our country realized a couple of years ago.

Marty Byrde shares similarities with classic TV antiheroes like Walter White. Do you feel sympathy for him?

I do, yeah. Anybody who overestimates their intelligence and overplays their hand of ambition deserves sympathy and empathy as long as they’re trying to mend those mistakes. He is. There’s some regret and some shame and some moments of contrition that he and his wife go through. They tried to cut a corner when they got into this big mess. Now they’re trying to get out of it and get back to the “boring life.”

Have you visited the Ozarks?

You earned two Emmy nominations for Ozark, one for acting and one for directing. After having acted for so long, what do you enjoy about directing?

With this type of project, you can’t be over-reliant on one particular element. It’s a world and a story line that lends itself to many different departments that a director can utilize–it’s not something that is going to win if there are a bunch of jokes in it or win if there are a bunch of cool effects. It can succeed only if every department is doing a tasteful and subtle job.

You’ve returned to Arrested Development twice. What’s changed as you revisit the show?

Not much–it’s great being with that bunch and working with characters that we love.

Are you open to doing another season?

I would always be open to working with everybody and anybody associated with that show.

Back in May, you apologized to Jessica Walter amid criticism that you had minimized her feelings in an interview after a bad on-set experience with Jeffrey Tambor. How did that make you rethink how people should treat each other in the workplace?

I have always thought it’s important for people to treat one another with respect at work, no matter what industry you’re in. The whole experience has allowed me to do a lot of listening, and I continue that to this day.

What do you want to do next that you haven’t already done?

I just hope I continue to get chances to challenge myself to the edge of what I can handle. That’s fun. 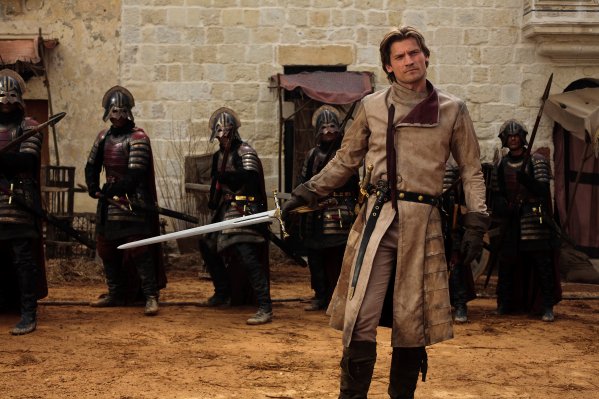 Nikolaj Coster-Waldau Knows Exactly How to Describe Jaime Lannister When Game of Thrones Started
Next Up: Editor's Pick