President Trump said he has asked the State Department to look into the matter.

“I have asked Secretary of State @SecPompeo to closely study the South Africa land and farm seizures and expropriations and large scale killing of farmers,” he wrote on Twitter. The tweet appears to be in response to the segment as he tagged both Carlson and Fox News.

Earlier this month, South African President Cyril Ramaphosa announced that the ruling African National Congress (ANC) intends on changing the constitution to allow the government to repossess land without offering compensation. The move aims to address racial inequalities, as white residents continue to own most of South Africa’s land more than two decades after the end of apartheid.

In response to Trump’s tweet, a spokesperson for Ramaphosa said Trump was “misinformed” and that the country would be seeking clarification from the U.S. Embassy in Pretoria, Reuters reports.

“South Africa totally rejects this narrow perception which only seeks to divide our nation and reminds us of our colonial past,” read a tweet from the official Twitter account of the South African government posted Thursday. “South Africa will speed up the pace of land reform in a careful and inclusive manner that does not divide our nation.”

The State Department has not yet commented on the President’s tweet, but in a statement that ran on the Fox News segment it said that, “We are aware of these reports and have been following this issue very closely for some time.”

“South Africans are dealing with the difficult issue of land reform through an open process including public hearings, broad-based consultations, and active civil society engagement,” the statement said.

Since 1994, South Africa has been working to redress land dispossession that occurred during and before apartheid. Through what is termed a “willing-seller, willing-buyer” approach, the government buys up land from white farmers to redistribute to black residents, Reuters reports. While the ANC government had aimed to return 30% of land this way, some estimates suggest just 10% of commercial farmland has been redistributed, according to the BBC.

The state-owned Land and Agricultural Bank estimates the ANC’s expropriation plan could wind up costing the government as much as $2.8 billion in default payments. 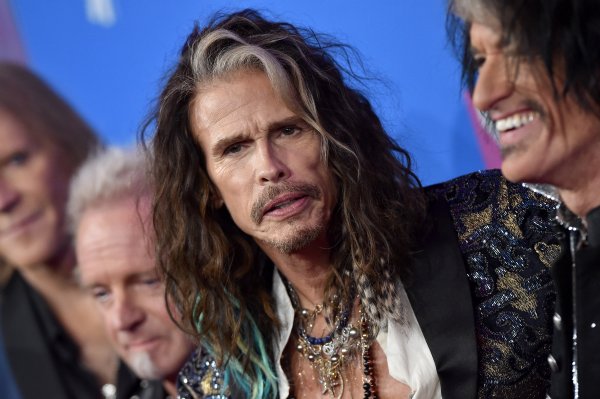 Steven Tyler To Trump: Stop Playing Aerosmith at Rallies
Next Up: Editor's Pick