'There Wasn’t a Mean Bone in Her Body.' Friends Remember Mollie Tibbetts’ Spunky and Caring Personality

Friends hope Mollie Tibbetts, the Iowa college student found dead on Tuesday, will be remembered as a kind and social young woman with a knack for helping others.

Tibbetts disappeared last month while jogging in her hometown of Brooklyn, Iowa. After a five-week long search, authorities said Tibbetts was found dead. The suspect in the case, Cristhian Rivera — who police said is an undocumented immigrant, though Rivera’s lawyer disputes — has been charged with first degree murder in the case.

“Our hearts are broken,” the Tibbetts family said in a statement. “On behalf of Mollie’s entire family, we thank all of those from around the world who have sent their thoughts and prayers for our girl. We know that many of you will join us as we continue to carry Mollie in our hearts forever.”

Tibbetts was set to return for her sophomore year at the University of Iowa, where she was studying psychology at the University of Iowa. Her father told CNN that Tibbetts ultimately hoped to get a doctorate degree. She had spoken out publicly about the importance of her Christian faith, and she was close to her family, even serving as the best man in her father’s wedding earlier this year. She was spending her summer off from college working as a day camp counselor and dog-sitting for her boyfriend’s older brother.

“The breath I’ve been holding last month got sucked out of my chest,” Jarrett Rose, a 17-year-old who worked alongside Tibbetts at the day camp, tells TIME. “I just couldn’t quite believe that it was actually happening. I think everyone in town had the highest of hopes we would find her.”

Rose remembers Tibbetts as easy going and says they shared an instant bond when they met. After learning about her death, he says he went back to their workplace and “just stood there for half an hour remembering her.”

Tibbetts spent the first part of her childhood in California and attended Corpus Christi School, a Catholic school in Piedmont, Calif., until third grade before the family relocated to Iowa. Murphy says that Tibbetts’ family kept in touch after their move, frequently sending along up-to-date pictures of Tibbetts and her brothers.

“Mollie was a delightful little girl, happy all the time, positive all the time. Everybody was her friend,” Katie Murphy, the principal at Corpus Christi, tells TIME. “There wasn’t a mean bone in her body.”

Murphy says that even as an elementary schooler, Tibbetts “served as a peacemaker when there were conflicts.” Her friend Kayleigh Holland told the Des Moines Register that she kept those skills as she grew up, making psychology the perfect fit. “Any problem that they had, you knew Mollie would help you fix it,” Holland told the Register.

In high school, Tibbetts ran cross country and performed in school plays, according to the Des Moines Register. She was also an active member of choir at Brooklyn-Guernsey-Malcom school. Carrie Hoskey taught Tibbetts choir from sixth grade to her senior year.

“I just remember her standing out as a very energetic and social butterfly… Don’t get me wrong: she loved music itself, but she loved that it was just a large group setting where she could get to know other people too,” Hoskey tells TIME. “She just had a very spunky personality. She was was very caring and kind to everyone. She always tried to make new and younger kids in choir or musicals and theater feel very welcome.”

Hoskey says that she kept in touch with Tibbetts after she graduated, and that Tibbetts visited her at the school back in May.

“She came down and talked to me for a long time about her first year of college and how it went and her own future plans,” Hoskey says. “She was very determined and very driven… She was a very fun, optimistic person — that’s why so many people loved her. And that’s why she had so many friends and people — to the end of the earth — try to find her.”

In Brooklyn, Iowa — a city of about 1,500 people — neighbors came together to look for Tibbetts. The University of Iowa will hold a vigil for Tibbetts on Wednesday night, and Murphy says she’s sure Corpus Christi School will plan something in Tibbett’s honor. She adds that Tibbetts’ former classmates have been stopping by regularly to pray.

“She’s so much a part of the fiber here,” Murphy says. “The loss was great.” 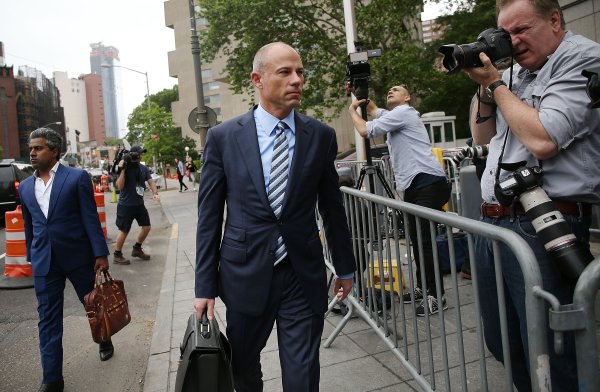