Kids these days are nothing if not resourceful.

The San Francisco Chronicle‘s pop culture critic Peter Hartlaub tweeted a photo of the extraordinary lengths his son went to in order to smuggle sugar packets out of a restaurant and it’s straight out of a jailbreak caper.

According to the tweet, the little sugar lover loves to down sugar packets, and when his parents took to patting him down for contraband, he had to take matters into his own hands. His father said he hollowed out a breadstick, filled it with sugar packets, and closed it up, seeming to take inspiration from those old stories about baking a file into a cake and smuggling it into prison. Unfortunately his parents were on to the ruse fairly quickly and busted him with the sugar. His father, while undoubtedly disappointed about his son’s sneakiness, still managed to seem impressed with the maneuver, which he compared to something you’d see in The Shawshank Redemption.

As to how a child would be able to carve out a breadstick and stuff it full of sugar packets without his parents noticing, turns out that like in the best jail breaks, he may have had an accomplice:

While the boy’s parents may have their hands full, the crime world undoubtedly can’t wait to see what the little mastermind gets up to next. 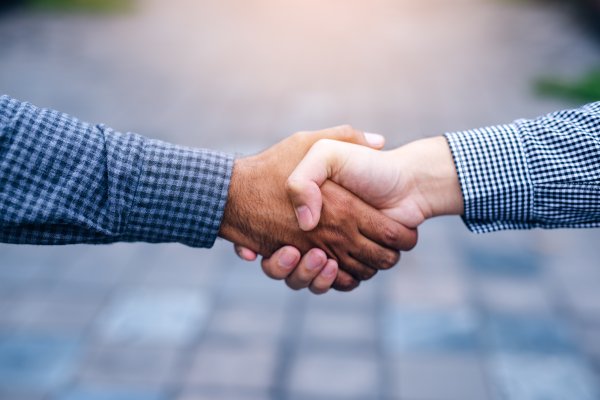 This Handshake Meme Is Back to Unite Citizens of the Internet on Common Ground
Next Up: Editor's Pick