After weeks of investigations and thousands of tips from the community, it was a neighbor’s home security camera footage that helped detectives arrest a suspect in the death of missing University of Iowa student Mollie Tibbetts.

The 20-year-old was last seen on July 18 after going for a jog near Brooklyn, Iowa. Her disappearance set off a massive, highly publicized search that ended in the arrest of Cristhian Rivera, 24. On Tuesday, investigators announced Rivera had been charged with first-degree murder. Police said that he is an immigrant who is in the country illegally.

Iowa Division of Criminal Investigation Special Agent Rick Rahn appeared on NBC’s Today show Wednesday morning and gave more details about how police zeroed in on Rivera and eventually found what they believe to be Mollie’s body.

After a neighbor who lived in the area where Mollie was last seen alive offered surveillance footage to investigators, they were able to identify Rivera’s car and determined that Rivera was one of the last people to see her alive. When police apprehended Rivera, they said he confessed and cooperated with police.

“He did in fact lead us to where he had placed Mollie, so we were thankful for that because that allowed us to have some closure for the family.” Rahn told Today.

Rahn said Rivera was not previously known to the local police department, and he had not come up in the investigation until police located the vehicle. “Its not like he was on anybody’s radar throughout the investigation” Rahn told Today.

Once Rivera was detained, he gave a clearer picture of the Mollie’s last moments. According to the affidavit, Rivera told investigators that he ran next to Mollie until she threatened to call the police and tried to run away. Rivera said he chased her and blacked out. He told police that when he came to he realized that he had killed her and put her body in the trunk of his car. According to the documents, he then dragged Tibbetts into a cornfield where he covered her body with corn stalks and left.

Rahn said an autopsy is planned to take place today but it will take authorities four to six weeks to receive the final results. 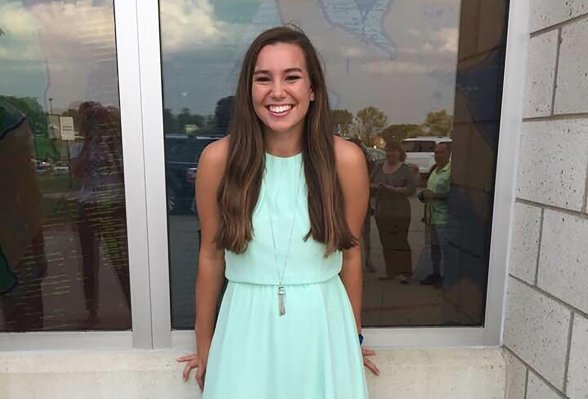 Mollie Tibbetts Suspect Is Undocumented Immigrant
Next Up: Editor's Pick