Germany's Foreign Minister: When the U.S. 'Crosses the Line,' Europe Must Act

Europe should scale up military spending in order to act as a counterpoint to an unpredictable and unreliable United States, the German foreign minister said in an op-ed Wednesday, an unusually forthright criticism of U.S. foreign policy by a senior political figure in Europe.

In the German newspaper Handelsblatt entitled “A New World Order,” Heiko Maas said that Europe and the U.S. have been drifting apart for years. Instead of waiting for Trump’s presidency to end, he argued, Europe should take an “equal share of responsibility” globally.

Yet Maas joined in agreement with Trump in demanding NATO members increase their defense spending. “It is in our own interest to strengthen the European part of the North Atlantic Alliance,” he wrote. However, he continued, this was “not because Donald Trump is always setting new percentage targets, but because we can no longer rely on Washington to the same extent.”

Increased defense spending, he said, would secure Europe’s position as a global power. “Where the USA crosses the line, we Europeans must form a counterweight — as difficult as that can be,” he wrote. “That is also what balance is about.”

Maas also used strong language on Iran. On Aug. 6, the U.S. reimposed sanctions on Iran following Trump’s unilateral withdrawal from the nuclear deal, of which Germany was also a signatory. The new sanctions threaten to hurt European businesses.

“We will not allow [Washington] to go over our heads, and at our expense,” Maas wrote. “Every day that the Iran agreement lasts, is better than the potentially explosive crisis that threatens the Middle East otherwise.” More sanctions, on Iran’s oil industry, are set to come into force on Nov. 5.

Maas’s comments go even further than Chancellor Angela Merkel’s remarks in May 2017 about the unreliability of its traditional Western allies. “The times in which [Germany] could fully rely on others are partly over,” Merkel said. “We Europeans really have to take our destiny into our own hands.”

The German minister of foreign affairs since March, Maas is a member of the Social Democratic Party, a coalition partner of Angela Merkel’s Christian Democratic Union. 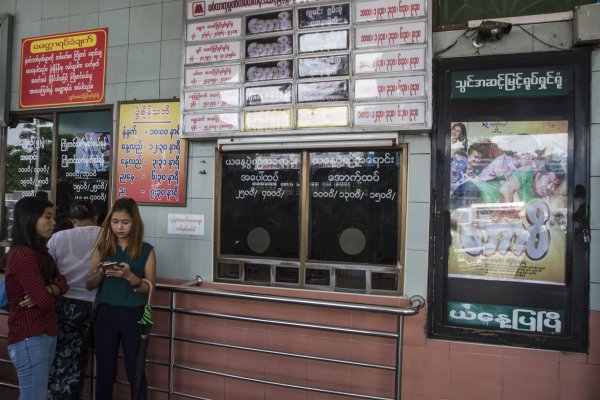 Myanmar's Film Industry Remains in a Tawdry Time Warp
Next Up: Editor's Pick