Few cultural traditions revolve around the lowly plastic bag. But in Qingdao, a coastal Chinese city midway between Beijing and Shanghai, this much-maligned receptacle pairs nicely with another local passion: beer.

Locals typically buy the famed draft brew — known as Tsingtao, an obsolete transliteration for the same city — in branded plastic bags that they then hang under street-side tables. Periodically, a little is poured into mugs to be sipped between mouthfuls of local seafood, piles of prawn heads and oyster shells growing in the gutter amid the revelry.

“It’s too much trouble putting beer in a bottle,” says migrant worker Mr. Wang. “A bag can contain more beer, it’s easy to pour out and refill.”

Tsingtao is China’s most recognizable beer, sold in more than 60 countries and accounting for half of all national beer exports. Qingdao also hosts an annual beer festival, which this year runs from July 20 to Aug. 26, and sees thousands crowd around long tables to banter and clink copious one-liter mugs of frothing suds. It’s a scene that harks back to the sodden beer halls of Munich or Berlin.

But as China’s middle class grows into the world’s largest — 400 million of its nearly 1.4-billion population, according to the government — its beer culture has become more sophisticated. Dozens of craft breweries have sprung up offering small-batch alternatives to mass-produced lagers.

“I used to talk to people about how I was brewing my own beers and they basically thought I was crazy,” says John Herrington, 35, from Reno, Nv., who first came to China in 2003 and started Qingdao’s Strong Ale Works in 2011. “Now, people have very strong idea of craft beer and they’re looking for it.”

China’s beer culture goes back 9,000 years, according to archeologists, who discovered evidence of an ancient intoxicating liquor made with rice, honey, grape and hawthorn fruits. But modern Chinese beer culture centers on Qingdao, where in 1903 occupying German forces founded the present Tsingtao Brewery. (Though the rival Harbin Brewery in the namesake northern city officially claims the title of China’s first by three years.)

Today, China is the world’s biggest beer market, with only tea rivaling the beverage for popularity amongst the planet’s largest population. The nation’s best-selling lager is Snow Beer, boasting a quarter of all sales, making it also the world’s most consumed beer outright. With an APV a smidgen over 2%, it’s often disparaged by Western visitors as akin to fizzy water (or other less appetizing yellow liquids). For China’s rural masses, however, a night on the stoop quaffing Snow and cracking sunflower seeds is all the rage.

Read more: How China’s Economy Is Poised to Win the Future

Tastes, however, are changing, and the popularity of craft beers soaring — up from just 0.1% of China’s beer market a few years ago to between 2-5% today. Much like the U.S., nearly every Chinese city has a cluster of microbreweries, offering beers that pack a punch in both potency and flavor. In Shenzhen, there is Taps; Nanjing has Master Gao; Shanghai has the popular Boxing Cat, which won China’s first-ever medal at the World Beer Festival in 2016, and has since been bought out by AB InBev, the owner of the likes of Budweiser and Goose Island.

Even under the gaze of Tsingtao’s leviathan brewery, Herrington has carved out a niche market in the town. His tiny one-room bar is packed most nights with locals enjoying some of the 11 draft ales he offers at any time, including a bourbon barrel-aged smoked beer and sour wheat variety.

“Craft beer is more fragrant and I prefer beer with more hops,” says customer Guo Pei. “And you can drink a lot of it without feeling bad the next day. “

The sheer size and untapped potential of China’s beer market has global beverage conglomerates licking their lips. Retail sales of all beer have doubled since 2008, according to Euromonitor, with Chinese consumers now spending some $80 billion on the beverage annually. Inchoate local regulatory laws also allow strong-arm tactics by the big players that would have smaller suppliers crying foul in the U.S. But the flip side is that Chinese craft breweries are able to run taphouses that exclusively showcase their own beer in a way American bars generally cannot due to antimonopoly legislation.

In China’s sprawling capital Beijing, there is no shortage of craft breweries, including Slow Boat, Jing-A, Panda Brew and Arrow Factory to name but a few. And while much of the industry is still led by foreigners, Chinese players are increasingly getting in on the act.

When Beijing craft beer stalwart Great Leap Brewing opened in 2010, 95% of footfall was expats or Chinese who’d once lived in the West, says cofounder Carl Setzer. Fast-forward eight years and 85% of customers are local Chinese. It also helped that Chinese President Xi Jinping gave craft beer his tacit approval when he enjoyed a pint of English IPA, or India Pale Ale, with then-U.K. Prime Minister David Cameron in 2015.

“A lot of people told us that, ‘the Chinese consumer will never understand craft beer,’” says Setzer, a native of Cleveland, Oh. “And that statement is riddled with xenophobia and ignorance.” A lot of the impetus to succeed, adds Setzer, “was to prove those people wrong.”

Today, Great Leap Brewing has two taprooms — a third was forced to close suddenly due to a landlord dispute — and specializes in using local ingredients, such as fiery Sichuan peppercorns and Qingdao Flower hops, to flavor its ale. In October, Setzer will open a new brewery in the adjacent city of Tianjin that stands to produce 48 million liters of beer a year. It’s an operation that “would make us the 11th or 12th largest craft brewery in America,” he says. “So it’s a nontrivial project.”

Such rapid expansion begs the question of whether Chinese craft beer is set to take over the world. But for Setzer, the potential to expand domestically is still too enticing to warrant a shift of focus into overly competitive foreign markets, especially given the additional shipping, duty and marketing costs.

And staying domestic also allows China’s craft beer brewers to concentrate on catering to specific local tastes — even if those can be a little quirky.

“We do sell our beer in bags,” laughs Herrington. “People ask for that when they come in.” The benefit over re-sealable bottles, he explains, is that it ensures quick consumption before the beer goes flat or warm. “Qingdao people have got the beer and bag thing figured out.” 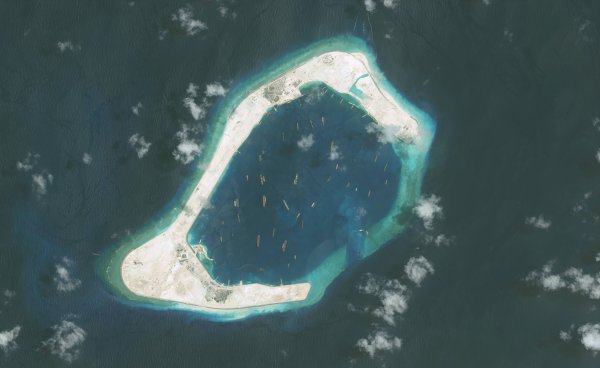