Military Rule May Be Over, But Myanmar's Film Industry Remains in a Tawdry Time Warp

When Khun Lwici, the secretary of a literary and cultural committee set up by Myanmar’s Kayan ethnic group, came across a movie called Aung Padin Inn Padaung, he was incensed.

In the movie, a woman from a Kayan community known as the Padaung is depicted next to a giraffe like a zoo animal. (Padaung women are famous for elongating their necks with brass rings.) In another scene, a Padaung woman is fed a banana pushed toward her on a stick.

Protests from the Kayan community forced the movie’s producer to apologize and withdraw the film from circulation.

But it isn’t just the Kayan who are vilified in this way. Racism, homophobia and anti-Muslim sentiment are rampant in Myanmar’s movies—the result, insiders say, of nearly five decades of military rule in which stringent censorship ultimately stifled any chance of a proper cinema culture.

“There is a psychological injury being done to ethnic minorities,” Khun Lwici tells TIME.

Minorities are seen as easy targets in a Southeast Asian nation that has been bedeviled by racial tensions ever since its independence from the British in 1948. The architect of independence, Aung San, belonged to the majority Bama people, and had agreed to a federal system of government with the leaders of other ethnic minorities—but he was assassinated before the agreement was implemented. Since then, many of Myanmar’s 135-plus ethnic groups have chafed under military rule, with some even taking up arms.

Although the junta was replaced by a military-backed civilian government in 2011, the expected renaissance of local cinema has not materialized. Instead, the ruling National League for Democracy (NLD) left much censorship apparatus in place. The Monk (2014), by independent filmmaker The Maw Naing, is one of the few films of quality to have been made in recent years and has been warmly acclaimed on the international festival circuit. But it has still not been shown in its home country because its realistic portrayal of monastic life is at odds with the romanticized view of Buddhist clergy preferred by the authorities of this predominantly Buddhist nation.

Instead, moviegoers are fed lowbrow fare by a tawdry film industry, with movies revolving around stock plots and themes and functioning as little more than vehicles for a handful of well-known actors. It’s the safest way to get pass the censors and avoid offending the all-powerful military. Using that formula, the industry is growing. In 2017, there were 53 local films, almost double compared to 2016’s total, shown on theatrical release in Myanmar.

Kyi Soe Tun, who, as a winner of five Myanmar Academy Awards, counts as one of the country’s handful of serious filmmakers, says the low level of education is to blame. “If the audiences are sophisticated, the movies will be sophisticated,” he tells TIME.

FIlm critic Kyaw Thet Swe says it’s also the fault of a complacent industry. “Both the producers and audiences are at fault. In Myanmar, we have not had a quality movie for a decade.”

‘Many people seem to think it’s fine to discriminate’

But even so-called quality movies aren’t free of deep-seated prejudice. The 2017 film, Oak Kyar Myat Pauk (Grass Grows Between the Bricks), won three Myanmar Academy Awards for the Best Film, Best Actor and Best Film Director. In the film, the protagonist Tha Gyar (played by actor Tun Tun) is released from jail only to be greeted by a Muslim family at what used to be his house. The Muslims once slept outside on an unwanted bedstead, donated by the protagonist’s father. Now they’ve bought the property while the protagonist’s family falls on financial hard times.

This fictitious scene is a dramatization of the all too real nationalist narrative in Myanmar, which holds that Muslims are interlopers taking advantage of the hospitality of their Buddhist “hosts.”

In the same film, another actor, Nay Toe, has a long monologue about birds and nests. He says if a bird invades another bird’s nest, then the bird whose nest is being invaded will defend it with all its might and even “break the wings” of the invader and “throw it in the sea.”

No Burmese will fail to understand the reference. Antipathy towards Muslims is enshrined in law. In 2015, the now-defunct Association for Protection of Race and Religion (also known by its Burmese acronym, Mabatha) successfully lobbied the military-backed government to pass laws prohibiting marriage between a Buddhist woman and a man of another religion, as well as conversion to another religion without the government approval.

More recently, anti-Muslim feeling has turned into violent persecution of the Myanmar’s Rohingya—a Muslim minority in the western part of the country. At least 700,000 Rohingya have fled to neighboring Bangladesh, escaping from a bloody campaign of ethnic cleansing being waged by the Burmese military, which has been accused of extrajudicial killing, rape and arson.

“Many people seem to think it’s fine to discriminate against Muslims,” says Sai Latt, a researcher affiliated with the York Centre for Asian Research, in an email to TIME. “When people think it is acceptable, then racism finds a place in society,”

Tin Maung Than, General Secretary of Islamic Religious Affairs Council, told TIME that the council lodged a complaint about Oak Kyar Myat Pauk with the Myanmar Motion Picture Organization, and to several government bodies, including the office of NLD leader Aung San Suu Kyi. But they have received no reply.

“It is very sad that the authorities failed to take any actions despite our objection, and that the film even got awards,” he says.

Other minorities are seen as fair game. When Hsu Aung, a marketing executive at an internet service provider, was invited by a friend to watch a movie called Kyi Kyi Kyal Kyal (Grandiose), he was shocked by its portrayal of transgender women—particularly a scene that showed them publicly preying on heterosexual men. “It was uncomfortable to watch,” Hsu Aung told TIME.

Meanwhile, Aung Ko Myint, President of Myanmar Federation of Persons with Disabilities, says disabled characters are only used in local films “to make people laugh.” Filmmakers do it, he says, “because they don’t understand human rights and human dignity.”

But it’s not all bad news. A new generation of filmmakers has emerged since the end of direct military rule, with one or two even achieving box office success.

Arkar, a young producer and director, decided to leave his IT job in Singapore and go into filmmaking in his native Myanmar when he realized he could not recommend any Burmese films to his foreign friends. (Arkar is his one-word, professional name.) His debut film, The Mystery of Burma, about a treasure hunt, received unexpected critical and commercial success. Myanmar Movie Review and Ratings gave it top billing and told readers they would “have no regrets” after seeing it. His production company now has four movies scheduled for release by the end of this year.

A number of arthouse festivals have also emerged, giving a platform to young directors. The programs of these film festivals embrace such topics as human rights and LGBT issues. Thaid Dhi, an independent filmmaker and one of the founders of Wathan Film Festival, tells TIME that 57 short documentaries and short films produced by young Burmese filmmakers competed for prizes in Wathan Film Festival of 2017.

But it’s going to take some time to turn around the mainstream movie industry or to change broader public taste. Kyaw Thet Swe, the critic, said he stopped reviewing Burmese movies a few months ago because of the backlash from fans whenever he made negative comments.

“When we criticize actors and actresses, some fans don’t like it. They think we’re jealous of their success,” he says.

In the meantime, the negative stereotyping of minorities continues. Says Khun Lwici, the Kayan cultural committee secretary, “We can never be seen in the role of protagonists. Instead, we are the misfits.” 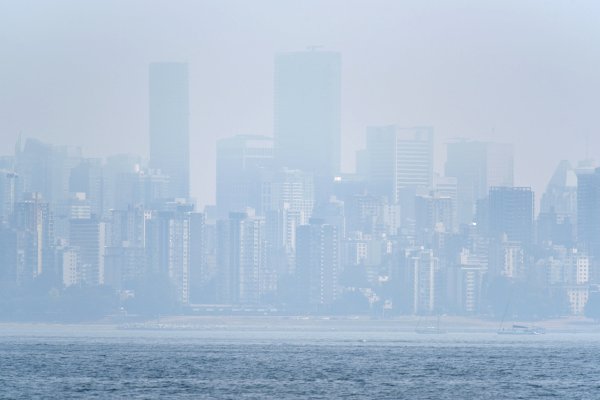 Smoke From Wildfires Made Air in Vancouver Worse Than Beijing
Next Up: Editor's Pick