Here's Why Inmates in the U.S. Prison System Have Launched a Nationwide Strike

What may shape up to be one of the largest prison strikes in modern U.S. history began Tuesday, with inmates across the country protesting what they call “modern day slavery.”

The nearly three-week strike targets poorly paid prison labor, prison conditions and life-long sentencing, and was spurred by deadly riots earlier this year at the Lee Correctional Institution where seven inmates were killed.

Through labor strikes, hunger strikes and sit-ins staged from Aug. 21 to Sept. 9, protest organizers are demanding an end to what they see as exploitation and racism in the world’s largest incarceration complex.

“Prisoners understand they are being treated as animals. We know that our conditions are causing physical harm and deaths that could be avoided,” Jailhouse Lawyers Speak, a nationwide inmates’ collective, said in a pre-strike statement.

“Prisons in America are a warzone,” it added.

It’s unclear how many of the almost 2.3 million people serving time in America’s vast incarceration system will risk substantial penal retaliation to join the protest. But the movement has the potential for massive operational disruption as correctional institutions rely on prison labor, from cooking and serving the meals, to washing the laundry, to maintaining the grounds.

As correctional facilities from coast to coast are hit with strikes, here’s what to know.

Who is protesting and why

The strike comes in response to bloodshed at the Lee Correctional Institution in South Carolina, which was deemed one of the deadliest prison brawls in recent memory. At the April 15 uprising, sparked in part by gang-related violence, at least seven inmates bled to death from stab wounds, while 22 others suffered injuries.

“South Carolina is only a reflection of the issues facing other states and governmental buildings of confinement. This is a systematic problem born out of slavery that this nation must come to grips with and address,” Jailhouse Lawyers Speak said in its strike manifesto.

Strike organizers have spelled out 10 demands, including improving living conditions to “recognize the humanity of imprisoned men and women” and ending racialized sentencing that discriminates against “black and brown humans.” They are demanding an end to “death by incarceration,” or sentences without parole, and calling for increased spending on rehabilitation support.

The strike also hinges on prison labor, which is often compulsory and remunerated in just pennies. Thousands of captive laborers go to work each day for the multi-billion dollar, for-profit prison industry, yet some reportedly earn as little as 4 cents an hour.

David Fathi, director of the American Civil Liberties Union (ACLU) National Prison Project, points out that even in states that do not operate compulsory labor schemes, the power discrepancy between the inmates and those who guard them leads to possibly coercive scenarios.

Prisoners are in “a situation where the usual checks on employer exploitation and abuse simply don’t operate,” he told the BBC.

Prison labor captured a national spotlight amid the devastating wildfires in California, when it was revealed that many of the volunteers risking their lives are inmates getting paid just $1 an hour.

Why the dates of the protest are significant

The strike is bookended by dates seen as flashpoints in the criminal justice system.

The strike began on Aug. 21, 47 years after African American activist George Jackson was shot dead during an escape attempt from San Quentin Prison in California.

The strike is scheduled to end on Sept. 9, the anniversary of the Attica Prison uprising, when inmates took over the correctional facility in upstate New York.

The state of American prisons

America has less than 5% of the world’s population, yet holds nearly 25% of the prisoners.

By the National Research Council’s count that amounts to nearly one in every 100 adults currently in prison or jail.

In February, British courts ruled that the combination of harsh sentences, poor medical treatment and excessive use of solitary confinement made imprisonment in America a human rights violation.

The strike organizers offered a similarly stark assessment: “Every day prisoners are harmed due to conditions of confinement. For some of us it’s as if we are already dead. So what do we have to lose?” 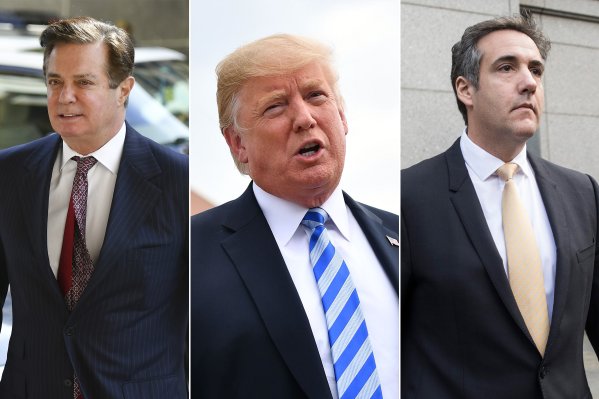