Elie, a senior research fellow in Georgetown’s Berkley Center for Religion, Peace and World Affairs, is writing a book on art, religion and controversy in the 1980s.

“Witch hunts” is what prominent cardinal Óscar Rodríguez Maradiaga of Honduras called the Boston Globe’s and other outlets’ reporting on decades of sexual abuse by Catholic priests in 2002, after the coverage led to accusations of a cover-up. He is now one of Pope Francis’ closest advisers. But they were not witch hunts. They told the truth and exposed the perils of unchecked power exercised by another cardinal, Boston’s Bernard Law. That reporting led to Law’s resignation, the removal and prosecution of priestly offenders, and a promise from U.S. bishops to install a “zero tolerance” policy on sexual abuse.

Sixteen years later, the phrase witch hunt calls to mind President Trump’s assault on the free press, the rule of law, and our constitutional system of checks and balances and the separation of powers. What happens when those curbs on executive power are weak or nonexistent? Too often we look to places like Vladimir Putin’s Russia to answer that question. Instead, we should look to the Catholic Church; we can see the consequences in the broken lives of thousands of victims and the anguish of our Catholic neighbors — because the crisis of priestly sexual abuse is a crisis of executive power run amok.

Historically, a bishop was a priest drawn from an area’s Catholic people, and the Pope — the bishop of Rome, successor to Jesus’ disciple Peter — was considered the “bishop of bishops.” But the papacy gained power until the Pope was an absolute monarch. Then, in 1959, Pope John XXIII called the world’s bishops to Rome for a council. Known as Vatican II, that assembly affirmed the authority of the bishops under the Pope, empowering them to lead the faithful according to regional needs and customs around the world.

Pope John Paul II changed that. Elected in 1978, he turned those bishops into municipal upholders of the power of Rome. Over three decades, he made appointments based on candidates’ unambiguous orthodoxy and loyalty to the organization, rather than holiness, wisdom, imagination or grasp of the local situation. He built a class of subordinates to the church’s chief executive.

So when the U.S. bishops faced charges of sexual abuse and cover-up, they struck back through assertions of executive power. They accused the press of anti-Catholic bias, prosecutors of interfering in church affairs and victims’ lawyers of greed and opportunism. They acted as if they — not preyed-upon youth — were the victims.

After the scandal of 2002, the bishops actually entrusted themselves with addressing the crimes — ones in which they were implicated — by organizing a review board under their supervision and promising to report abuse claims to law enforcement. The 60 million–plus member American Catholic populace had no formal say in this. We went along with it and hoped for the best. Is it any wonder that the crisis of priestly sexual abuse hasn’t been dealt with?

Now there is talk of the need for profound reform of the church’s structures of governance. But while it’s a worthy long-term goal, that rebuilding would take decades, and it is unlikely to take hold in the deeply undemocratic church at a time when checks and balances are under strain in robust democracies.

The best structure for accountability, then, remains the one in place — that which has shaped the crisis from the exposé in Boston to the grand-jury report in Pennsylvania: the press, prosecution and the people. A free press pursues claims of priestly sexual abuse aggressively — and adversarially, if need be. Victims take their claims to the media, the police and the courts (not just the church) — and the perpetrators are exposed and prosecuted. The Catholic people, and good people generally, fully express our sense of betrayal and feel the pain of the victims all over again.

This arrangement, though, doesn’t give us much hope for change. But there is a fourth part of all of this: the Pope.

The historic power of the papacy means that change in the church often comes, finally, at the prompting of the Pontiff — as in, through the exercise of executive power. By calling for Vatican II, John XXIII sparked crucial reforms. John Paul II was personally committed to repairing the church’s tortured relations with the Jewish people, and his commitment led to change. The church needs something similar from Pope Francis.

The current Pontiff’s record on priestly sexual abuse is far from sound. But his willingness earlier this summer to change his position on priestly sexual abuse in Chile in a matter of weeks — from angry defensiveness to an admission of wrongdoing to welcoming to victims in Rome — shows what is possible when a Pope commits to doing the right thing rather than standing blindly by his subordinates. And his Aug. 20 letter — personal, aggrieved, but short on specifics — suggests that he, too, is searching for a way forward.

Pope Francis could appoint successors to the active bishops who figure in the grand-jury report, installing fresh leaders for the good of the church. He could institute a Year of Repentance for Priestly Sexual Abuse, akin to the Year of Mercy he called in December 2015. He could urge victims to come forward to law enforcement without fear of statutes of limitations. He could meet journalists on their own turf for an open session — no question refused — and urge them to keep up their reporting on the church. He could welcome prosecutors and victims’ attorneys to Rome and thank them for doing the work of scrutiny and calling priests to account.

For all his power in the church, a Pope’s power in the world is that of leading through gesture and symbolism. It is greater than executive power.

As John Paul, at the Wailing Wall, paid homage to over 5,700 years of Jewish heritage in 2000, so too could Francis bend the knee to democratic traditions of separation of powers, accountability and a free press. It would not be enough to expunge the evil of priestly sexual abuse. But it would affirm what events have already made clear: when it comes to priestly sexual abuse, the Catholic Church is incapable of fixing itself. 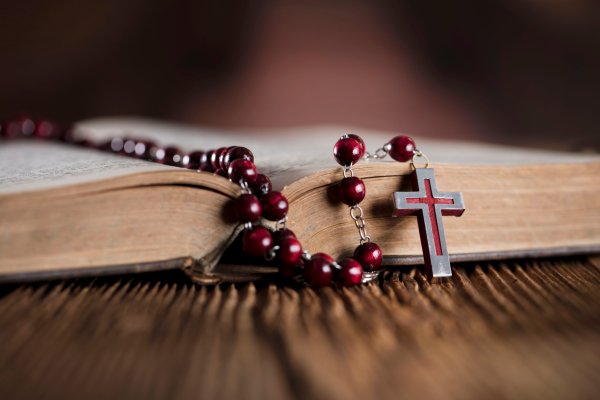