The True Story Behind the Movie Operation Finale

The film Operation Finale, starring Oscar Isaac and Ben Kingsley, revisits one of the most famous covert missions in history. In 1960, a group of Israeli Mossad spies traveled to Argentina and captured Nazi officer Adolf Eichmann, who was responsible for orchestrating some of the worst crimes of the Holocaust. Eichmann was then flown to Israel where he was tried on 15 charges, including crimes against humanity and war crimes.

During World War II, Eichmann was in charge of conceiving and implementing the plan for the concentration camps. His infamous ‘Final Solution’ — the Nazi policy of wiping out the Jewish population — was responsible for the mass murder of more than six million people. After the war, Allied forces captured Eichmann, but he escaped and fled to Argentina.

Eichmann’s trial in Israel was broadcast across the world, and 112 witnesses testified against him. It was the first time many people heard Holocaust survivors’ first-hand accounts of what happened during the war. Eichmann never denied his role in the murder of millions but said he was just following orders.

Many were struck by how “normal” Eichmann seemed. He didn’t appear to be a psychopath, but an average person who chose to execute monstrous actions for selfish purposes. While watching this trial famous political philosopher Hannah Arendt coined the term “the banality of evil” to describe the human capacity to commit atrocities.

Operation Finale expands on this idea by focusing on the interactions between Eichmann (Kingsley) and one of his captors, Peter Malkin (Isaac). The two men strike up a strangely ordinary repartee during the 10 days between Eichmann’s capture and his departure for Israel. Here’s what’s real—and what’s fictional—in the movie.

Fact: Mossad found Eichmann through a tip from a Holocaust survivor

Mossad had been searching for Eichmann for over a decade when they received a tip from a Holocaust survivor named Lothar Hermann. Hermann and his daughter Silvia were living in Argentina and were not public about their Jewish heritage. Silvia began dating a German boy named Klaus, who would make anti-Semitic comments in front of Hermann. Hermann began to suspect that Klaus was the son of Eichmann. In the movie, Silvia puts this together when Klaus invites her to a Nazi rally.

But the true story is perhaps even more extraordinary than what is presented in the film. Hermann actually met Eichmann: He and his daughter went to a restaurant and happened to be seated near Klaus and the man Klaus called his uncle. Silvia introduced the two families. Eichmann claimed that his name was Ricardo Klement. Hermann was nearly blind due to the severe beatings he received while imprisoned in the Dachau concentration camp. But he says recognized Eichmann’s voice from his time at Dachau.

Fact: Officers identified Eichmann based on his anniversary

Mossad initially discounted the intelligence when Hermann first contacted them in 1958. But by 1960 the intelligence service decided to stake out Eichmann’s home and see if they could confirm Hermann’s suspicions. They compared pictures that an agent took with a camera hidden in a briefcase to his SS files and deduced that his ears looked the same.

In the movie, it’s Silvia who notices an anniversary gift in Eichmann’s home. Mossad agents are able to do the math and realize that Eichmann’s wedding anniversary would have been the same day that Silvia visited the home. In reality, it was a field agent who made the connection. On March 21, the agent watched the house with binoculars and observed the family hosting a celebratory dinner. He calculated that that day would be the Eichmanns’ wedding anniversary.

Mossad knew they could not extradite Eichmann as Argentina was a safe haven for Nazis. Fascist-leaning government officials and German expats even funneled ex-SS officers into the country. Germany had tried to extradite Josef Mengele, the doctor who performed twisted experiments on concentration camp prisoners, from Argentina and failed.

The Israeli government organized a mission to capture him during Argentina’s 150th independence day celebrations. Israeli diplomats would fly an Israeli plane into the country under the guise of joining in the celebration, and the spies would use that plane to fly Eichmann back to Israel.

The spies planned to grab Eichmann between the bus stop and his home as the Nazi returned from work. Former Mossad spy Peter Malkin wrote in a memoir that he decided to don gloves before grabbing Eichmann. “The thought of placing my bare hand over the mouth that had ordered the death of millions, of feeling the hot breath and saliva on my skin, filled me with an overwhelming sense of revulsion.”

They only officially confirmed Eichmann’s identity once they had already captured him. At the safe house, they asked Eichmann his name. He offered aliases twice before admitting he was Eichmann. (He later told Malkin that he had expected to be captured at some point.)

Fiction: Eichmann’s family launched a city-wide search for him

In the movie, Eichmann’s son recruits several Nazis in Buenos Aires to search for his father and leads a dramatic hunt on motorcycles.

In reality, Eichmann’s family called local hospitals, but not the police. They did call friends for help, but most of their old Nazi compatriots fled themselves, fearing that they too would be extracted from Argentina.

Fiction: A female doctor was involved in the mission

In the movie, Malkin’s love interest is a doctor named Hanna Elian (Mélanie Laurent) who joins the mission to help sedate Eichmann as the spies transport him onto the plane. But Hanna Elian is a Hollywood invention: It was a male doctor, Yonah Elian, who sedated Eichmann.

Fiction: Two of the officers were in love

There was one woman in the operation named Rosa, but she was not a doctor. She was charged with cooking and cleaning the safe house. In his book, Malkin describes confiding in her that he was having conversations with Eichmann against orders—and she did scold him. However, the two did not have a romantic relationship.

Fact: Peter Malkin was an artist

Malkin, the officer who initially grabbed Eichmann, was indeed a painter. He covertly began to sketch Eichmann while he was assigned to watch him in the safe house. He also sketched his sister and her three children, who were killed by Nazis.

Fact: Malkin got the signature needed to take Eichmann out of Argentina

After another Mossad officer tried scaring Eichmann into signing the papers needed to consent to a trial in Israel, Malkin tried another strategy. He chatted with Eichmann in a friendly way and eventually obtained the signature. While many of the conversations between the two men are just an invention of Hollywood, Malkin does write that in order to gain Eichmann’s trust, he shared a bottle of wine with him.

The climax of the film heightens the drama. But in truth, Malkin did not have to run off the plane to file missing papers that a Nazi had covertly destroyed. The plan to disguise Eichmann as an airline employee and fly him to Israel went off without a hitch. 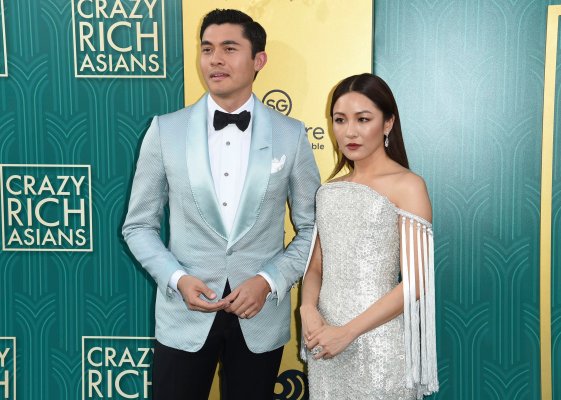