When industrialist and white supremacist Julian Carr spoke at the 1913 unveiling of the Confederate statue now known as Silent Sam at the University of North Carolina at Chapel Hill (UNC), he made its intended symbolism abundantly clear.

The statue, which earned the nickname “Silent Sam” in the 1950s and was commissioned by the United Daughters of the Confederacy, served as an emblem of “the welfare of the Anglo Saxon race,” Carr said. Created to honor more than 300 students and Confederate soldiers who died in the Civil War, the statue was erected decades after the war ended, as an increasing number of Confederate monuments were built during the Jim Crow era.

But if that messaging weren’t transparent enough, Carr offered a personal anecdote as well. About 100 yards from the statue, he said during his speech at his alma mater, he had, in the weeks immediately after the end of the Civil War, personally “horse-whipped” a black woman “until her skirts hung in shreds, because upon the streets of this quiet village she had publicly insulted and maligned a Southern lady, and then rushed for protection to these University buildings where was stationed a garrison of 100 Federal soldiers.”

“I performed the pleasing duty,” he continued, “in the immediate presence of the entire garrison, and for thirty nights afterwards slept with a double-barrel shot gun under my head.”

More than 100 years later, on the night before the first day of class for the 2018-19 school year, around 250 protestors toppled Silent Sam to the ground. The racist rhetoric spewed at the Confederate statue’s unveiling ceremony and the symbolism of the statue itself fueled decades of protests at UNC, and inspired some students and faculty to demand its removal. On Monday night, before demonstrators knocked down Silent Sam, they covered it in banners. One of them read “Unnamed Black women beaten by Julian Carr,” referring to Carr’s horrific story from the statue’s unveiling ceremony, according to The Daily Tar Heel.

It wasn’t the first time Silent Sam was damaged or vandalized. This past May, student Maya Little defaced the statue with black paint and her own blood — an effort, she said at the time, to provide “proper historical context.”

“These statues symbolize the violence toward black people,” Little told the Tar Heel at the time. “Without that blood on the statue, it’s incomplete, in my opinion. It’s not properly contextualized.” Little led the protest Monday night that resulted in its removal, according to the Tar Heel.

In fact, protests against the statue began in the 1960s during the Civil Rights movement, according to the school’s library. Demonstrators covered Silent Sam in red paint after the assassination of civil rights leader Martin Luther King Jr. Its defenders removed the paint the following day and decorated the statue with small Confederate flags, which they were later told to remove. Black student groups continued to use the statue as a gathering place for speeches and protests in the years that followed, including demonstrations following the Rodney King verdict.

Calls to remove Silent Sam escalated in recent years amid a larger nationwide movement seeking to move, destroy or contextualize statues and symbols that celebrated the Confederacy and the lost-cause narrative of the Civil War. Defenders of these statues and symbols say they represent an important part of American history and Southern heritage. Protests over the statue gained more steam in the aftermath of 2017’s white supremacist rally in Charlottesville, Va. The deadly event, which was centered on the University of Virginia’s statue of Confederate General Robert E. Lee, prompted protests at UNC as well as the removal of a statue of the Confederate general at Duke University, just a few miles away from Chapel Hill.

When it came to Silent Sam, however, the University cited a 2015 law enacted by former North Carolina Gov. Pat McCrory, a Republican, that forbids universities and public entities from removing commemorative statues without approval from the North Carolina legislature. In the aftermath of Charlottesville, however, Gov. Roy Cooper, a Democrat, granted UNC permission to remove Silent Sam out of concern over public safety. But the statue stayed, sparking student protests over the last few months.

After the statue was toppled, university officials pointed to it as “a source of frustration for many people not only on our campus but throughout the community.”

“However,” wrote Carol Folt, the school’s chancellor, in a statement Tuesday morning, “last night’s actions were unlawful and dangerous, and we are very fortunate that no one was injured.”

Along with Silent Sam, Gov. Cooper has called for the removal of several other Confederate monuments in the state. A state panel will meet Wednesday to discuss the removal of three monuments that are currently located at the State Capitol, according to the Associated Press.

As for Silent Sam, UNC police removed the statue from the dirt, according to the Tar Heel. Police are now “investigating the vandalism and assessing the full extent of the damage,” the school’s chancellor said. But for now, protestors are reveling in its removal.

“This is the biggest thing I’ve ever been apart of in my life just activist-wise,” Natalia Walker, a freshman at the school, told the Tar Heel. “All of these people coming together for this one sole purpose and actually getting it done was the best part.” 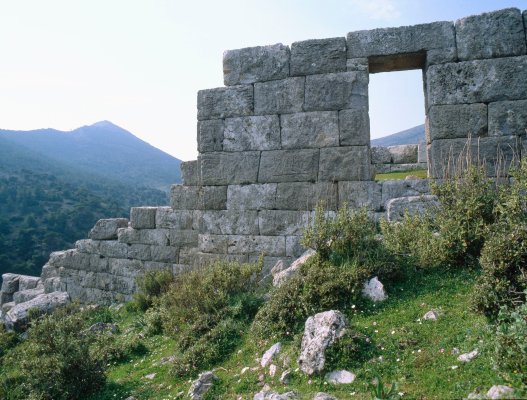 Walls Don’t Just Keep People Out. History Shows They Also Change the People Inside
Next Up: Editor's Pick