On Women's Equality Day, Here Are 3 Things to Know About the Suffrage Movement

The observance of Women’s Equality Day in the United States is inseparable from the history of the fight for votes for women. After all, its Aug. 26 date marks the anniversary of the 1920 adoption of the 19th Amendment.

Women’s Equality Day got its official start when Congress granted Congresswoman Bella Abzug‘s (D-NY) request for a special day to commemorate the day the 19th Amendment was ratified — a day that guaranteed that American citizens would not be denied the right to vote on the basis of sex.

On the heels of the women’s rights movement of the 1960s, Abzug’s efforts ultimately led to then-President Richard Nixon’s proclamation of Women’s Equality Day. As the Sept. 7, 1970, issue of TIME explained, the work reached a turning point in 1970:

In 1973, Congress designated Aug. 26 Women’s Equality Day and Nixon again issued a proclamation to that effect, and the date has stuck since then. It’s no surprise the women’s rights movement of the 1960s held onto the suffrage movement as a paragon of freedom for American women. And though fighting for women’s suffrage may seem like ancient history to many, it’s been less than a century since the 19th Amendment passed.

For Women’s Equality Day, here are some facts you may not know about the suffrage movement — and the complicated journey towards equal rights for all women.

The suffrage movement began as a fight for broader rights

Before women fought for the right to vote, they first had to fight for the right to be considered independent citizens, explains Allison Lange, an assistant professor of history at Wentworth Institute of Technology. Women had to first escape from the laws of coverture, a legal doctrine under which a woman’s legal rights were up to her husband. Coverture prohibited married women from signing legal documents, owning property and having a real profession.

When the movement for women’s rights in the U.S. launched — an event usually attributed to an 1848 meeting in Seneca Falls, N.Y. — the leaders who set the nation on the path to the 19th Amendment were focused on those issues, too.

Lange says the shift towards suffrage as a central focus for women’s groups began with the passage of the 15th Amendment, which prohibited the government from denying black men the right to vote, in 1869. “That’s a pretty pivotal moment for the suffrage movement,” she says.

The suffrage movement did not initially represent women of color

But, despite the fact that the leaders of the early women’s suffrage movement were fighting for civil rights of their own, black women were generally left out of the mainstream suffrage movement.

Even after the 15th and 19th Amendments were both ratified, literacy tests and poll taxes were used to make voting extremely difficult (and in many cases, impossible) for black men and women in many places. Lange explains that many suffragists did also promote the rights of black Americans prior to the passage of the 15th Amendment, but the movement largely left black women behind after that point, especially as activists fought over whose enfranchisement should be prioritized.

“[Black women] started being pushed out by these national organizations that were founded in 1869,” Lange says. “The focus really increasingly became implicitly about getting white women the right to vote.”

In fact, when famous suffragists including Elizabeth Cady Stanton and Susan B. Anthony put together their History of Woman Suffrage anthology, they featured not a single picture of a black woman.

In response to their lack of representation, black women founded The National Association of Colored Women in 1896 to advocate for their own rights. The group’s first president, Mary Church Terrell, was told by Alice Paul — a leader in the suffrage movement — that the rights of black women were not important to the cause, according to the American National Biography (ANB). Though Paul “calculated the value” of the support of people like Terrell for her own goals, the ANB explains, “she did not hesitate to dilute black women’s participation in party events in order to appease southern members” of the suffrage movement.

As Lange frames it, Alice Paul and other suffrage leaders — despite Church’s attempt to explain — couldn’t understand the important intersection between race and sex. Decades more would pass before the Voting Rights Act of 1965 finally turned the promises of the earlier amendments into a real guarantee of a right to vote.

Feel like women’s suffrage is ancient history? That was Susan B. Anthony’s goal

Of course, the 19th Amendment was radical in the 1920s. But today, the notion that a woman deserves the right to vote is pretty much uncontroversial, says Lange. Those who mark the modern Women’s Equality Day are likely to focus on other issues affecting American women and not worry too much about the right to vote.

Though the suffrage movement was fraught with its own problems, including racial inequalities, leaders of the movement hoped suffrage would one day seem entirely unproblematic for American culture. The fact that women’s suffrage is something so obvious for Americans today was precisely what Susan B. Anthony wanted, Lange explains.

“[Susan B. Anthony’s] goal was that in 80 years, no one would understand why women worked so hard to gain the right to vote,” she says, “and that would be representative of the success of their movement rather than a negative thing.” 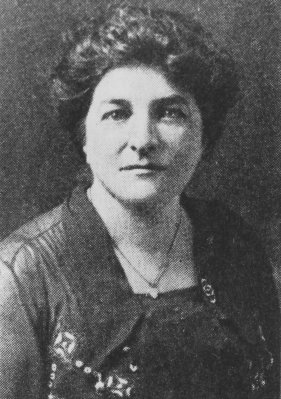 The First Woman Was Sworn Into the Marine Corps a Century Ago. Now a Group of Veterans Is Trying to Preserve Her Story
Next Up: Editor's Pick