Whether you’re a baby boomer or a millennial, MTV’s 2018 Video Music Awards seems to have something for everyone. Steven Tyler and Tiffany Haddish becoming BFFs over the course of the evening definitely fits the bill.

Steven Tyler, the 70-year-old star lead singer of Aerosmith, is one of the surprise stars of the awards show—and actor-comedian Tiffany Haddish is one of the most-anticipated VMA performers this evening. Haddish’s real performance tonight was her dancing with Tyler in the audience, rather than her comedic opening with Kevin Hart.

For just a moment, MTV showed this to its fans—something nobody knew they needed:

Of course, this unlikely and iconic duo has already sparked immense speculation and a bit of shipping on Twitter, with users wondering what Steven Tyler whispered into the ear of Girls Trip star Tiffany Haddish.

Keep watching the 2018 MTV VMAs to hopefully find more moments as pure as this one. 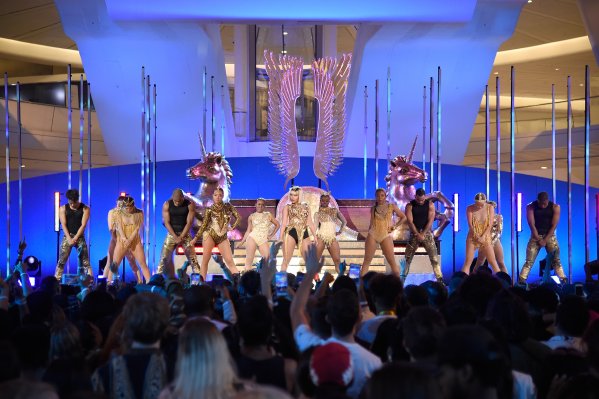 Nicki Minaj at the MTV VMAs
Next Up: Editor's Pick