No one was expecting Michael Avenatti at the 2018 MTV Video Music Awards, but there he was.

His pink carpet arrival may have given us the first inexplicable surprise of the evening, as the late August event drew some of the biggest names in music like Cardi B, Shawn Mendes and Jennifer Lopez.

So when the attorney for Stormy Daniels, who has targeted President Donald Trump, posed for the cameras in a suit fit for the courtroom, it was puzzling to some observers.

Asked what he was doing there by Variety, Avenatti said, “Well I was invited to this great event. It’s a pretty cool event, and I thought I’d show up.” Was he surprised by the invite? “A little bit. A little bit,” he said.

Avenatti has parlayed the lawsuit against Trump into appearances on cable news and feints at a 2020 presidential run.

He’s not the first notable person from the political arena to attend music’s most unpredictable awards ceremony, but he was certainly unexpected this year.

People took to Twitter to remark on one of the more surprising sightings of the evening.

See a sampling of the tweets below. 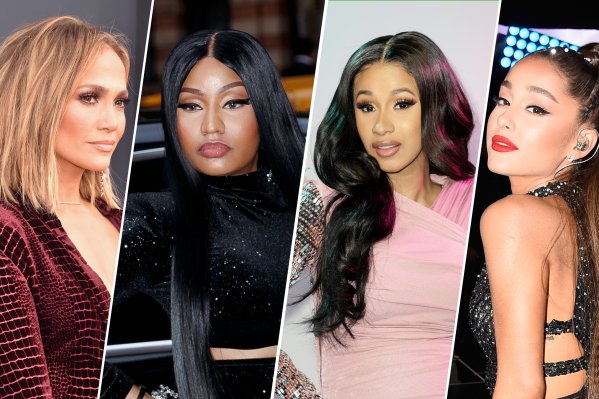 Here's Your Guide to the 2018 MTV VMAs
Next Up: Editor's Pick