It’s hard to know exactly what went through the mind of a 17-year old boy when he boarded an aircraft carrier in 1943, a raw recruit preparing to steam off to war as just one of a crew of 3,500. But on August 16, 2018, it was possible to get an idea, when some of those same men re-boarded the USS Intrepid—now The Intrepid Air and Space Museum—docked on the west side of Manhattan, for the 75th anniversary celebration of the day the ship was commissioned.

The Intrepid was in service for 31 years, until 1974, and in that time saw action in World War II, the Cold War and the Vietnam war. It fought in the Battle of Leyte Gulf and in Okinawa and was struck by kamikaze planes; it was part of the U.S. Navy force deployed in the Caribbean during the Cuban Missile Crisis in 1962; and it was the prime recovery ship during the U.S.-Soviet space race, picking up Mercury astronaut Scott Carpenter after he splashed down in the Caribbean in 1962, and Gemini 3 astronauts Gus Grissom and John Young in 1965.

The ship has been weathered over the decades and the men, surely, have too. Still, more than 300 former crew members from all of the Intrepid’s eras were in attendance at the 75th birthday celebration. Among those who spoke with TIME were Ed Coyne and Ralph Forquer, both veterans of the ship’s very first crew in 1943; and John Olivera, who served on the Intrepid during the Carpenter splash down. War ships and their sailors all, eventually, pass into history, but the things they accomplished in their years of service endure.

Write to Jeffrey Kluger at jeffrey.kluger@time.com and Brian Braganza at brian.braganza@time.com. 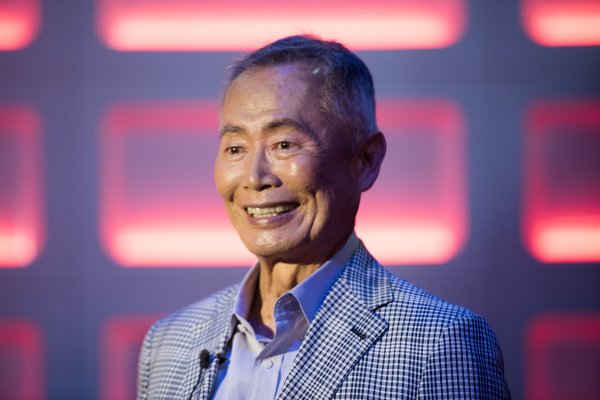