My Name Is Josie Totah — And I'm Ready to Be Free

Totah starred in the Mindy Kaling-produced comedy Champions. (She asked that a production photo from her professional work be used to accompany this essay, rather than a personal photo that puts emphasis on her current appearance.)
NBCUniversal
Ideas
By Josie Totah
Totah has acted in shows such as the NBC comedy Champions and films such as Other People.

Acting has always been my passion. I’m grateful for roles I’ve gotten to play on shows like Champions, and I know I’m lucky to be able to do what I love. But I also feel like I let myself be shoved into a box: “J.J. Totah, gay boy.”

When I was really young, growing up in a small town in Northern California, people would just assume I was gay. On the playground, I was the type of kid who wanted to sing with the girls, not play soccer with the boys. Then I found myself playing that role once I got into the entertainment industry, and people kept assuming my identity. Numerous reporters have asked me in interviews how it feels to be a young gay man. I was even introduced that way before receiving an award from an LGBTQ+ rights organization. I understand that they didn’t really know better. I almost felt like I owed it to everybody to be that gay boy. But that has never been the way I think of myself.

In the past, I’ve halfway corrected people by telling them I identify as LGBTQ. I wasn’t ready to be more specific. I was afraid I wouldn’t be accepted, that I would be embarrassed, that the fans who knew me from the time when I acted in a Disney show would be confused. But I realized over the past few years that hiding my true self is not healthy. I know now, more than ever, that I’m finally ready to take this step toward becoming myself. I’m ready to be free. So, listen up y’all: You can jump on or jump off. Either way this is where I’m heading.

My pronouns are she, her and hers. I identify as female, specifically as a transgender female. And my name is Josie Totah.

This is not something that just happened. This is not a choice that I made. When I was five, long before I understood what the word gender meant, I would always tell my mother that I wished I were a girl. Since I could speak in full sentences, I was like, “Give me a dress!” I always knew on some level that I was female. But it crystallized about three years ago when I was a 14-year-old watching the show I Am Jazz with my mother.

The docuseries was about another 14-year-old, Jazz Jennings, a transgender girl who was going through a medical transition. As I learned more information about hormone replacement therapy, I knew that this was what I had to do. I looked over at her in the middle of the show and said, “This is me. I’m transgender. And I need to go through this.” My mother, who is immensely supportive and gracious, said, “Okay, let’s do it.” Three days later I was meeting with my pediatrician, who referred me to a specialist, who put me on a hormone blocker. From that point on, I hit the ground running.

Like many trans people, I developed serious anxiety as I hid who I was. In some ways, I felt like I was lying by letting people believe I was that gay boy. I also couldn’t be myself. I hid the girls’ clothes I really wanted to wear under sweatpants and sweatshirts. And I had an enormous fear of male puberty. Once I got on the hormone blocker, which basically stopped my testosterone, that part changed. I wasn’t waking up every day and panicking. “Is there hair on my face? Is my voice getting deeper?” Those changes are very hard, if not impossible, to reverse. And I knew that I was giving myself what I needed, that I didn’t have to be afraid of that anymore.

There are still things that scare me. Identity documents can be hard for transgender people to change. I’m afraid of that moment when someone looks at the ID, looks at the photo, looks at the gender marker – looks at you. I never want to feel like I’m not allowed in somewhere because of who I am. I’m scared that being transgender is going to limit me in that way. And I’m scared that I’ll be judged, rejected, made uncomfortable, that people will look at me differently.

But when my friends and family call me Josie, it feels like I’m being seen. It’s something everyone wants, to feel understood. And, as a semi-religious person who went to Catholic school, I have come to believe that God made me transgender. I don’t feel like I was put in the wrong body. I don’t feel like there was a mistake made. I believe that I am transgender to help people understand differences. It allows me to gain perspective, to be more accepting of others, because I know what it feels like to know you’re not like everyone else.

When I was on the show Glee, I’d stand back and watch Lea Michele. She was fabulous. And it was fun to see her and the other girls wear dresses and put on lavish musical numbers. But it was also hard, because I wanted that to be me. It’s a feeling I’ve experienced in nearly every project I’ve worked on.

This week, I’m going off to college. I’m also going to continue my acting career, and I am so excited to do both things as myself. I plan to play roles I haven’t had the opportunity to play. And I can only imagine how much more fun it’s going to be to play someone who shares my identity, rather than having to contort myself to play a boy. I’m going to gun for those roles, be it a transgender female or a cisgender female. Because it’s a clean slate — and a new world. 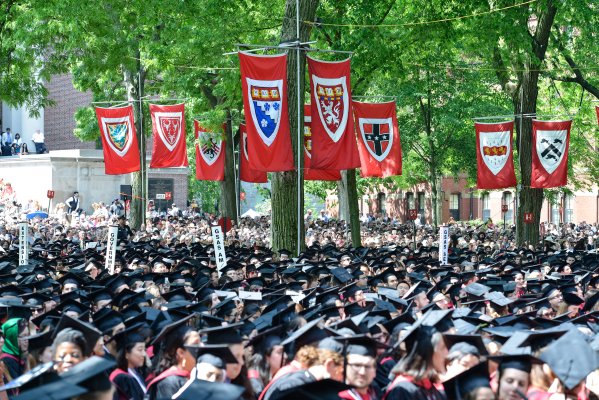 A Lawsuit Seeks to Erase Harvard Applicants’ Racial Identity. It Reveals What Some Americans Still Don’t Get About Discrimination
Next Up: Editor's Pick