Donald Trump said he “allowed” the White House counsel and other personnel to fully cooperate with Robert Mueller’s probe into Russian interference in the 2016 election.

The president’s tweet came hours after a New York Times story that attorney Donald McGahn has had at least three voluntary interviews with investigators on the special counsel’s team, totaling some 30 hours, over the past nine months.

“I allowed White House Counsel Don McGahn, and all other requested members of the White House staff to fully cooperate with the Special Councel,” Trump said, misspelling “counsel” in the second instance before reissuing the tweet. “We readily gave over one million pages of documents. Most transparent in history.”

The president is spending the weekend at his Bedminster, New Jersey, golf course.

Earlier on Saturday he lashed out at John Brennan in the latest effort to counter criticism of his decision to revoke the former U.S. spy-in-chief’s security clearance, as well as reports that other officials and former officials, including some involved in Mueller’s probe, may be next in line to lose their clearances. 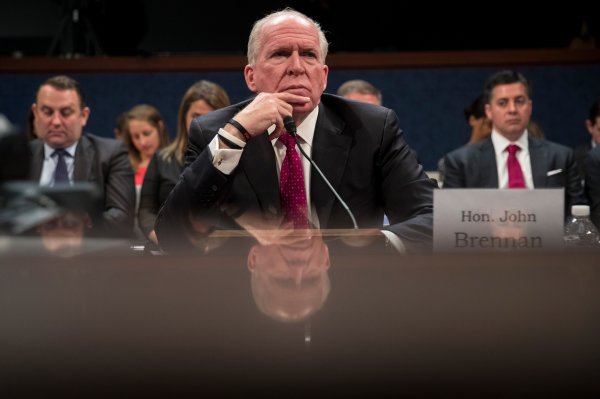 President Trump Tweets John Brennan 'Cannot Be Trusted' After the Ex-CIA Chief Says the President's 'Drunk With Power'
Next Up: Editor's Pick