Georgia State Sen. Michael Williams said President Donald Trump’s alleged use of the N-word should be held separate from his ability to run the country.

Trump “has his personal beliefs, his personal ideas. I truly believe he is able to separate those from how he is running the country,” Williams said on CNN’s New Day Saturday.

Williams also said that, while using the N-word is “always wrong” and “bad,” it would not necessarily affect Trump’s presidency.

“I will always say using the N-word is wrong, and it’s bad, and should never be accepted in our society. But just because [Trump] might have done it years ago, not as our president, doesn’t mean we need to continue to berate him because he used it,” Williams said. He added that, “To hold somebody accountable for something he did years ago as our President today, I think it sets a bad precedent.”

The controversy around Trump’s alleged use of the racial slur began with a claim from former White House staffer Omarosa Manigault Newman, who said Trump used the word on the set of The Apprentice. Newman also said a recording of the incident exists. Trump has denied using the slur, and said that no such tape exists.

White House Press Secretary Sarah Sanders said she “can’t guarantee” that a recording does not exist, but said she has “never heard him use that term or anything similar.” 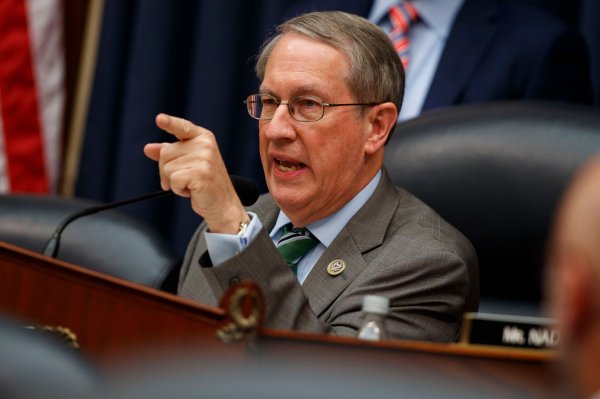 Son of Retiring House Republican Donates to Democrat Running for Father's Seat
Next Up: Editor's Pick