A Third of Teenagers Don't Read Books for Pleasure Anymore

A third of U.S. teenagers haven’t read a book for pleasure in at least a year, according to a new survey from the American Psychological Association (APA). And it’s not because they’re too busy watching TV.

The research, published in the journal Psychology of Popular Media Culture, points to the continuing dominance of digital media among teenagers. Teen use of traditional media — such as books, magazines and television — has dropped off, while time spent texting, scrolling through social media and using other forms of digital media continues to increase, the survey says.

To reach their conclusions, APA researchers analyzed data from the Monitoring the Future study, an ongoing annual survey of around 50,000 eighth, 10th and 12th graders. The study included survey responses from 1976 to 2016.

Even television and movie consumption is declining, the research shows. Thirteen percent of eighth graders said they watched five or more hours of television per day in 2016, compared to 22% in the 1990s.

Digital media has largely supplanted these more traditional forms of media among teenagers, the data shows. As of the mid-2010s, the average 12th grader reported spending about six hours per day using digital media — roughly two hours each texting, surfing the internet and using social media. Tenth graders reported an average of five hours of use per day, while eighth graders reported an average of four hours per day. 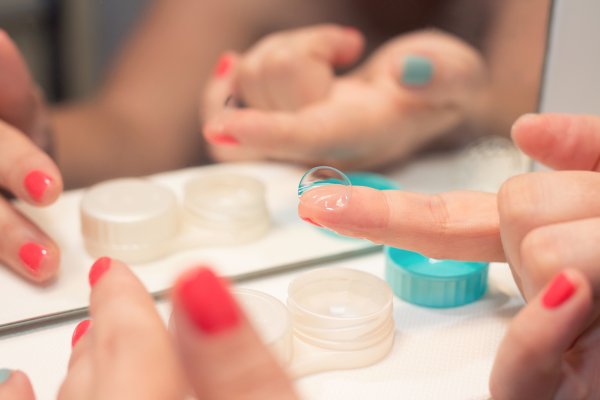 Here's How Your Contact Lenses May Be Polluting the Ocean
Next Up: Editor's Pick