(Bloomberg) — Elon Musk said no one saw or reviewed his tweet about the plan to take Tesla Inc. private before he posted it, the New York Times reported, citing an interview in which the billionaire frequently teared up and discussed the personal strain of leading the electric-car maker.

Musk, Tesla’s chief executive officer and chairman, typed the tweet as he drove himself to the airport on Aug. 7, the newspaper reported, citing Musk. The tweet said: “Am considering taking Tesla private at $420. Funding secured.”

In an hourlong sit-down with the newspaper, Musk also detailed his frequent use of the sleep-aid Ambien — a drug he’s discussed using before, and whose well-known side effects include sleepwalking. “It is often a choice of no sleep or Ambien,” he told the newspaper.

Rather than put him to sleep, the drug has sometimes led Musk to spend his nights on Twitter, worrying some board members, the newspaper said, citing a person familiar with the board’s thinking.

The going-private tweet has set off a firestorm, causing the stock to jump but also prompting mounting scrutiny, including a Securities and Exchange Commission investigation.

Almost a week later, the CEO said the basis for that statement were conversations with Saudi Arabia’s Public Investment Fund, which first expressed interest in helping take the company private in early 2017. Tesla’s board has since clarified that it hasn’t received a formal proposal from Musk, nor has it concluded whether going private would be advisable or feasible. This week, Musk was said to have received a subpoena for more information, according to a person familiar with the matter.

One funding possibility being considered for the potential privatization is for Musk’s rocket company SpaceX to help bankroll the deal and take a stake in Tesla, the New York Times said, citing people familiar with the matter.

Efforts are also under way to recruit an executive to take some pressure off Musk, the newspaper said, citing people briefed on the search. A couple of years ago, Tesla approached Facebook Inc. executive Sheryl Sandberg about the job, Musk told the newspaper, but added that no active search is taking place currently “to the best of my knowledge.”

“If you have anyone who can do a better job, please let me know,” Musk told the Times. “They can have the job.”

Despite the frenzy over Tesla’s future, production of the pivotal Model 3 sedan — which has frequently kept Musk at the Fremont factory overnight — is defying the odds and going well, according to Evercore ISI analysts. Output is well on track for weekly production goals, and set for a significant boost, the analysts wrote Thursday after touring the plant.

In the interview, Musk said he had sacrificed family milestones in the race to meet Tesla production targets, nearly missing his brother’s wedding where he was best man. Friends had approached him with concerns about his well-being, the New York Times said.

He called the period “excruciating,” the newspaper reported. “This past year has been the most difficult and painful year of my career.”

Musk told the newspaper that he didn’t recall communications from the board at all and that he “definitely did not get calls from irate directors.” He later amended the comment through a spokeswoman, saying lead independent director Antonio Gracias had contacted him about the Aug. 7 tweet. Musk agreed not to tweet again on the possible privatization without discussing it with the board, the spokeswoman said. 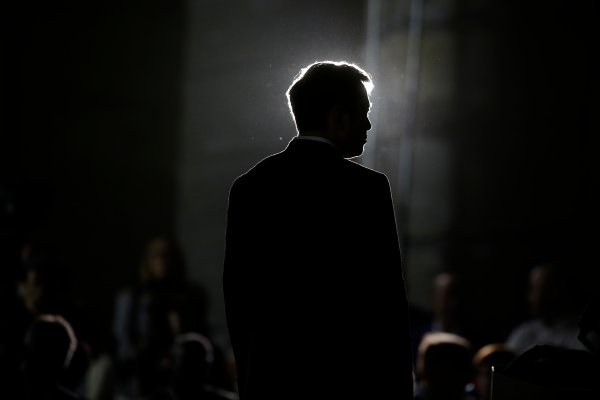 Who Will Fund Elon Musk's Tesla Takeover? It Could Be Saudi Arabia
Next Up: Editor's Pick