Farfalle fanatics lament: A Dutch court has ruled that followers of the farcical Church of the Flying Spaghetti Monster cannot wear colanders on their heads in official identification photos.

The Dutch council of state, the Netherlands’ highest court, has refused the right of Dutch law student Mienke de Wilde to don her pasta strainer in passport and driver’s license photos, the Guardian reports. The court ruled that de Wilde’s claim did not qualify for a religious exemption against headwear in official ID photos, because Pastafarianism lacked the “seriousness and coherence” of a legitimate religious faith.

De Wilde, undeterred, is now mulling an appeal to the European court of human rights, according to the Guardian.

Pastafarianism was founded in 2005 in response to efforts by Christian groups to introduce the Creationist Intelligent Design theory in American school curricula. In an open letter, founder Bobby Henderson insisted that equal instruction also be devoted to his creed.

On its website, the group now claims “millions, if not thousands, of devout worshipers,” who honor their deity by dressing as pirates, wearing strainers on their heads, and, of course, consuming large quantities of pasta. It is a recognized faith in the Netherlands and New Zealand, where followers are permitted to officiate weddings, but not in the U.S. Other members have previously sought to wear colanders in official ID photos.

While de Wilde conceded that the group is satirical, she said that does not discount that it is “very serious in what it stands for.”

“I can imagine that it all looks very odd if you don’t believe,” she told the Algemeen Dagblad newspaper, according to the Guardian. “But that’s the case with many faiths if you don’t believe in them – people who walk on water or divide themselves in two, for example. I find other religions unbelievable.” 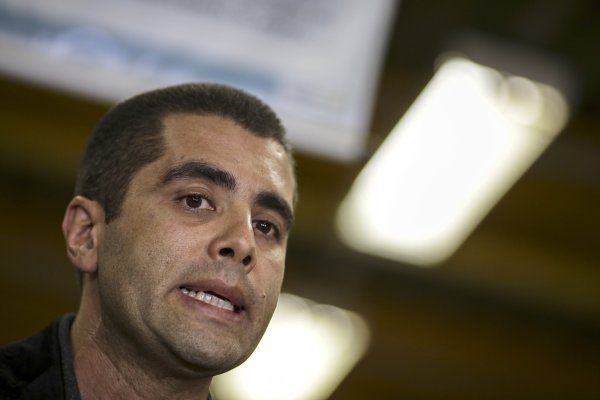 Brazil's 'Dr. Bumbum' Charged With Murder After Fatal Surgery
Next Up: Editor's Pick