Pennsylvania Attorney General Josh Shapiro — whose office released a shocking grand jury report this week alleging decades of child abuse by hundreds of Catholic priests — says it’s time to eliminate the statute of limitations law that will keep most of them from ever seeing criminal charges.

“Given what the grand jury produced in the 884-page report, I don’t know how any lawmaker in Pennsylvania could possibly be against those reforms,” Shapiro tells TIME.

The report, released Tuesday, accused Roman Catholic Church leaders of covering up the abuse of more than 1,000 child victims in the state and evading legal consequences with a “playbook for concealing the truth.” But the findings are unlikely to yield new criminal charges or civil suits because the statute of limitations has expired in most cases, as some of the victims identified in the report are as old as 83.

“The coverup by the church officials was very purposeful and very careful,” Shapiro says. “It was done in a way to ensure that predator priests were out of reach of the law. There was a sophistication to the cover up, and unfortunately they were successful. That’s why the laws need to change in Pennsylvania.”

“We say no statute of limitations at all. Not for this kind of crime. And it’s not like we are asking for anything that unusual. It turns out that this is the rule in well over half the states across the country,” jurors wrote in the report. “If we lived in New Jersey, or Delaware, or New York or Maryland, we would today be issuing a presentment charging dozens of priests.”

“I think we have a broader problem involving institutions in the commonwealth and in this country,” Shapiro says. “The time for any institution — university, government, news and entertainment, or the church — to protect their interest over sexual abuse victims is over,” he says. “If you commit sexual abuse in Pennsylvania or if you cover it up to protect your institution, we will investigate you and prosecute you to the fullest extent of the law.”

Shapiro, who described the ongoing investigation as “incredibly painful and emotionally draining,” said his office has received more than 150 calls to a special hotline for reporting abuse since announcing the findings earlier this week. He did not say whether any of the reports detailed abuse that would fall within the statute of limitations.

The Vatican issued a strong condemnation of the alleged abuse and coverup, calling it “criminally and morally reprehensible.”

But Shapiro thinks the Pennsylvania findings are likely indicative of a larger problem. “I don’t know how anyone can read this report and not have real questions about what’s going on their communities, in their parishes, in their dioceses, in their states,” Shapiro says. 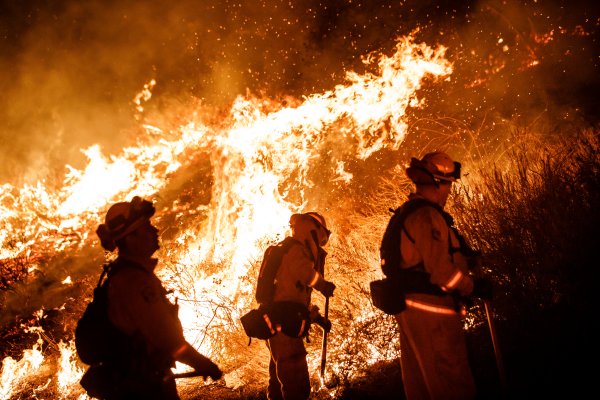 California's Massive Wildfires Are Nearly 10 Times the Size of San Francisco
Next Up: Editor's Pick