For the second time in less than two years, Brandy Rose is planning to move her family to a new town, saying she no longer feels safe in Achille, Oklahoma because of violent threats against her transgender daughter, Maddie.

The Achille school district shut down for two days this week after adults in a parent Facebook group threatened the 12-year-old for using the girls’ bathroom at school. The incident renewed concerns that had driven the family from Sherman, Texas, where Maddie experienced “horrendous” school bullying after she transitioned. Some students had forced Maddie into the boys’ bathroom and taunted her to commit suicide, Rose said.

The move to Achille in 2017 was supposed to give Maddie a “fresh start.” Now the family is moving again — this time to Houston, seeking a “a more open, diverse community for people like my daughter” — as Rose fears for Maddie’s safety in the small town where she became the center of a firestorm this week.

Rose also worries that Maddie’s classmates, most of whom did not know that she was transgender until this controversy erupted, might now begin to bully her.

“I don’t feel safe living here anymore. I can’t drop my daughter off at the movies anymore,” Rose tells TIME. “What if someone recognizes her in the Walmart parking lot? She won’t even sleep in her bed anymore.”

Rose initially avoided sharing details about the threats with Maddie, talking to her generally about staying safe and being aware of her surroundings. But Maddie was taking selfies with her mother’s phone on Saturday, when she discovered screenshots of some of the Facebook posts, in which adults had referred to her as “this thing” and a “half baked maggot,” threatening to “make him a female” with a “good sharp knife.”

“She looked at me and said, ‘Mom, is this what you were talking about? Are these about me?’ And she was mortified. She didn’t understand. She had no idea that people felt that way about her,” Rose says. “I didn’t even know how to have the conversation. I stumbled over my words. It was hard to get them out. I just wanted to hold her while she cried.”

“When she saw the screenshots in my phone, her exact words were, ‘You’ve ruined school for me,'” Rose says. “She didn’t want to go back to school at first.”

Maddie returned to school on Wednesday, when the district reopened after shutting down on Monday and Tuesday amid concerns about protests. As a precaution, more police officers were stationed at the school, and a hall monitor followed Maddie around to make sure there weren’t any problems.

The incident is the latest example of a national fight over transgender rights, particularly in schools, where bathrooms have become a battleground for the estimated 150,000 American teenagers who identify as transgender, according to a 2017 report by the Williams Institute at the UCLA School of Law. Gavin Grimm became a national leader on the issue when his 2015 complaint over his right to use the boys’ bathroom at his Virginia school reached the Supreme Court, which then decided not to hear the case. In May, a federal judge denied the school board’s motion to dismiss the suit.

Achille Public Schools Superintendent Rick Beene says the first day back at school on Wednesday went well and the district might hold trainings on transgender issues for teachers and staff this year. But he says he worries less about addressing the issue with students than he does with parents, including those behind the threatening Facebook posts.

“Kids are so innocent,” he says. “Really, kids almost have to be taught hatred. It’s just not a natural process.”

Beene says he understands the family’s decision to move. “I would wish this family the very best,” he says. “What I wouldn’t want is for them to leave our school or community thinking they’re not welcome by the majority.”

A GoFundMe campaign launched to help the family move to Houston, where they have relatives, had raised more than $16,000 as of Friday morning, solidifying their decision to leave. Rose hopes that Maddie might have access to more resources there and might not be the only transgender student at a school in one of the largest districts in the country.

“It’s frustrating to have to pick up and move all over again. It makes me feel horrible because when we moved here, I promised my kids, ‘We’re not going to move again for a very long time,'” Rose says. “But we’ve got to do what’s best for the whole family in the long run.” 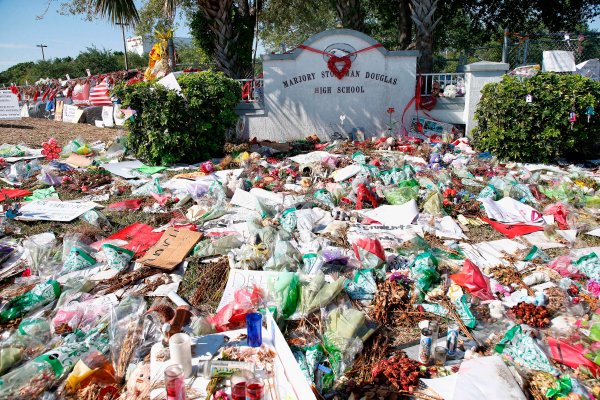 The Government Wants to Teach Students How to Treat Gunshot Wounds. That Could Save Lives, Experts Say
Next Up: Editor's Pick