More than 4,160 wildfires have collectively burned 26,329 acres across California so far this year, according to the state’s Department of Forestry and Fire Protection. The fires have killed at least 10 people, including six firefighters, and destroyed thousands of homes and other structures. Scientists and other experts say it will only get worse.

Explosive and fast-moving, this year’s fires have burned five times more land than the five-year average to this point in the calendar. Severe weather conditions, including record-setting temperatures and a a six-year drought that’s turned local vegetation bone dry, have helped the flames grow and spread at breakneck speeds.

Two of California’s 20 largest-ever fires are currently burning in the state’s north — and still growing. The monstrous Mendocino Complex fire, created by two neighboring fires that span three counties just north of San Francisco, is now the largest fire in state history, at 366,037 acres. Even without the smaller of the two fires that make up the inferno, the larger Ranch Fire would still be the largest in state history, at 317,117 acres. And in Shasta County near Redding, Calif., the Carr fire is now the state’s eighth-largest fire, spanning 211,038 acres.

To get a better sense of just how enormous these deadly and destructive fires are, we compared them to one another, as well as several major U.S. cities and states. See more in the graphic below: 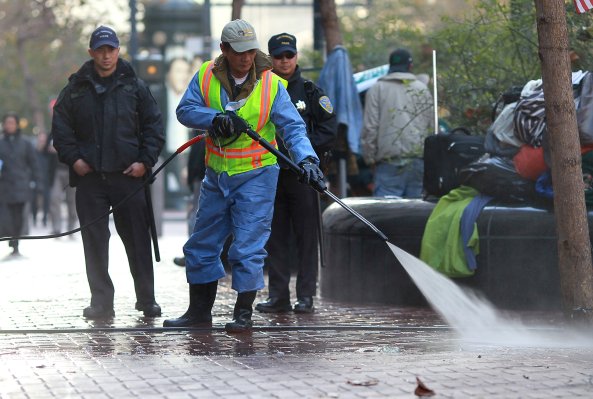 San Francisco Launches 'Poop Patrol' to Clean Up Streets
Next Up: Editor's Pick