As the first studio film in 25 years to feature an all-Asian cast and an Asian-American lead, Crazy Rich Asians has already hit a major milestone for representation. This weekend, it might hit another.

The film made $5 million at the box office on its opening day and ended up collecting around $25 million over its opening weekend. This success all but guarantees a sequel. Rom-coms don’t often get follow-ups. After all, the romance is resolved and everyone is happy at the end of the film. But a brief scene that arrives during the the end credits of Crazy Rich Asians hints at the story of a future film.

Crazy Rich Asians ends with our main couple Nick (Henry Golding) and Rachel (Constance Wu) attending an opulent engagement party atop the Marina Bay Sands towers in Singapore. Nick’s cousin Astrid (Gemma Chan), who just ended her relationship with her husband Michael (Pierre Png) after finding out he had an affair, is also there. In the Crazy Rich Asians end-credits scene, we see Astrid locking eyes with a handsome mystery man across the room.

Book readers may have guessed that the man in the movie’s end credits is Charlie Wu (played by Glee’s Harry Shum, Jr.). In Kevin Kwan’s novel of the same name, readers learn that Astrid and Charlie were once engaged. But the two broke up after Astrid’s family made it clear that Charlie was not a suitable match: Charlie is nouveau riche, while Astrid comes from old money. Charlie chafed at her family’s disapproval, and the two broke up.

So Astrid marries military man Michael, and Charlie marries another woman. But when the two happen to meet again, both of their relationships are on the rocks. In the book, Charlie lets Astrid stay at his home after Astrid finds out about Michael’s affair. Charlie supports her through a difficult time, and there’s a hint of sexual tension. That plot was cut from the film, but the glance the two share during the Crazy Rich Asians end credits hints at a reunion in a future film.

As it stands, Astrid ends Crazy Rich Asians on a note of independence. When she declares her intention to leave Michael, and he says, “Where are you going to go?,” she points out that she has a plethora of apartments to choose from. Her money empowers her to leave a bad marriage. Her story arc is not about finding the right guy, but about taking pride in who she is as a self-determined woman.

The second book in the Crazy Rich Asians series, China Rich Girlfriend, focuses heavily on Astrid’s love life. Presumably Astrid would take center stage in a Crazy Rich Asians sequel with Charlie emerging as her romantic interest. But don’t worry, Nick and Rachel fans. The couple plays a big part in the second book, too. Golding and Wu would likely return for another film. 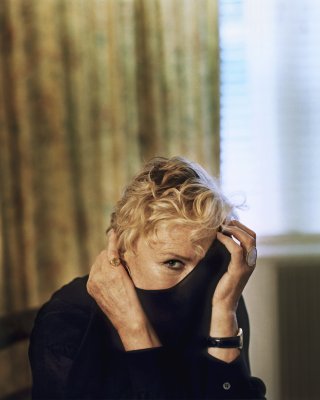 Glenn Close Is One Step Closer to an Oscar With The Wife
Next Up: Editor's Pick