It would appear that game is officially recognizing game.

It all began with one photo of Rihanna and Donald Glover a.k.a. Childish Gambino in Cuba. Fan accounts shared a series of snapshots of the pair of luminaries, and that – along with local reports – was enough to light the match to get the internet dream machine churning away.

There’s zero official word on what they’re actually cooking up, but that hasn’t stopped people from planning their lives around whatever it is.

People quickly took to Twitter to speculate about what the duo could be cooking up, whether it’s a movie or a music video or just a meeting of great minds.

Rihanna is set to star in a Ava DuVernay movie completely inspired by a meme of herself with Lupita Nyong’o at the 2017 Met Gala, so it’s safe to say we should keep an eye on them.

Rihanna has consistently caused internet breakage with auteur triumphs like “B-tch Better Have My Money,” not to mention her more recent Fenty X Savage launch that had everyone waiting in a virtual line for lacy underthings.

Childish Gambino is somewhat newer to the “going viral” game. The rapper got everybody talking with his racially charged video “This Is America.”

Rihanna has recently been foraying into movies, so Glover has a longer acting rap sheet than Rihanna. But they both do have Grammy awards.

One thing is certain. Put them together and the internet is thrilled. 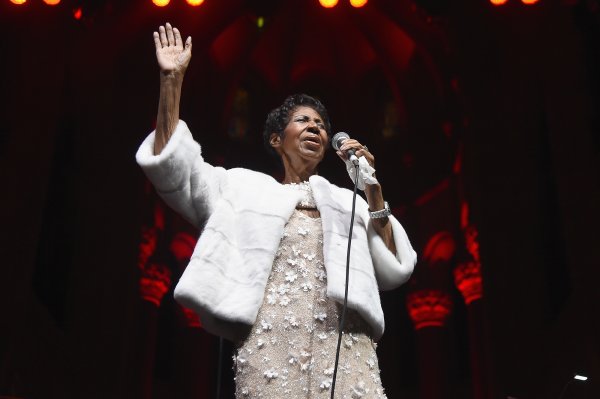 'Greatest Vocalist I've Ever Known.' Celebrities Are Responding With Powerful Homages After the Passing of Soul Icon Aretha Franklin
Next Up: Editor's Pick