Writers have long immortalized cult leaders in novels, television and film as irresistible forces who seduce followers into submission. But in reality, they aren’t always magnetic. The elusive Bhagwan of the Rajneeshees in Netflix’s recent documentary series Wild Wild Country hid from the public eye behind his captivating secretary. Keith Raniere lured members into his headline-making group Nxivm by praising their brilliance rather than demonstrating his own. Even in the political arena, we’ve seen caustic leaders with little charisma build rabid followings.

Two provocative debut novels–R.O. Kwon’s The Incendiaries and Blair Hurley’s The Devoted, both out this summer–present utterly charmless prophets who abuse religion in order to cast spells on headstrong young women. Together the stories urge readers to examine their own vulnerabilities.

The Incendiaries‘ Phoebe holds sway over a cohort of college boys who follow her bouncing ponytail from bar to bar, including an evangelical turned atheist named Will. The two build a relationship on grief: Will has felt afloat since he left his faith, and Phoebe parties to stymie her guilt over a deadly accident.

Enter John Leal, a barefoot Christian cult leader, who exploits Phoebe’s pain to lure her to meetings. John proves to be a dubious prophet, and Will recognizes his proselytizing strategies from his own time as a missionary. They battle for Phoebe’s soul, both employing abuse as a weapon. John demands ritual whippings, and Will responds to John’s lurking presence with his own act of domination. “If it happens again,” Phoebe says to Will after a fight. He narrates: “With a kiss, I stalled the threat; I shut Phoebe’s mouth with mine.”

The Devoted‘s Nicole similarly begins as a rebel but eventually finds herself trapped between two controlling men. Disgusted by the church’s cover-up of sexual abuse, Nicole scandalizes her Irish Catholic family by converting to Buddhism in high school. After a death she finds comfort in a Buddhist teacher–who eventually demands sex as part of his lessons. Nicole’s brother, wary of this instructor, tries to guilt her into returning to the church.

The once vivacious women at the center of both novels become marionettes in the hands of men. Their vulnerability can be frustrating. Neither Kwon nor Hurley provides a particularly compelling portrait of the figures who lead them astray. They never entice–they only abuse. The reader is left wondering why two complex female characters would succumb not only to their loved ones, but also to mere sketches of evil.

But that’s the point: these figures don’t have to be appealing. The promise of enlightenment is seductive enough. Phoebe and Nicole, each suffering in her own way, long for comfort and love, and project their desires onto unworthy men who offer them answers in moments of need.

Both authors capture that longing beautifully. “People with no experience of God tend to think that leaving the faith would be a liberation, a flight from guilt, rules,” Will says in The Incendiaries, “but what I couldn’t forget was the joy I’d known, loving Him.” Although Will is convinced that John is dangerous, he sometimes envies Phoebe’s position.

In The Devoted, Nicole observes, “The [students] seemed to leave soothed … She could almost see how a teacher or student could confuse that with love.” Of course, that’s exactly what her teacher preys on. He later tells her, “To achieve enlightenment, you have to give away everything … and now I can do what I want with it.”

Both novels set themselves apart from others in the genre with a terrifying but insightful warning not to look for easy answers offered by false prophets. That impulse is all the more dangerous in a political era when voters choose to read news that reflects their own myopic views–and vote for politicians who forgo nuance and promise the impossible. 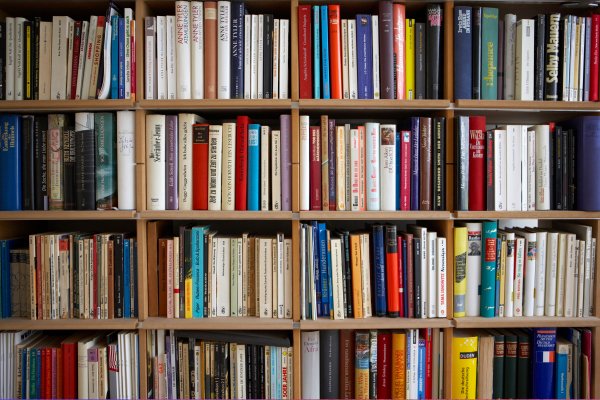 The 16 Best True Crime Books of All Time
Next Up: Editor's Pick