Back in 2003, you were a runner-up on Nashville Star, a televised country-music competition. You’ve since become one of country’s biggest acts. What set you apart from the beginning?

I have always been pretty honest, in my music and with my fans, about who I am: being flawed, a regular girl with regular problems. I’ve made a career based on telling the truth.

How has country music changed since you started?

For the past couple of years it’s been skewed one way: a lack of women and songs with content from women’s perspectives. When Carrie [Underwood] and I first came on the scene, there was this whole generation of women before us. Over the past three or four years, it has been very male-driven. But I feel like it’s starting to shift and people are starting to pay attention to women again, which is great, because I think it should be a good balance.

What is the “women’s perspective” that you think is missing?

Women want to hear women, because we want to know we’re not alone in all of our issues, you know? I mean, I do. I want to feel like someone’s telling my story.

You’re part of a country trio too. What do the Pistol Annies do that you can’t do alone?

Something about being together makes us a force to be reckoned with. We can get more raw and rugged than we would alone. We’re set for a fall release for a record. I think it’s the best writing we’ve ever done. We’ve lived a lot of life since our last record. I think it’s three girls telling our story very bravely.

What advice have you gotten from other country stars?

When I met Dolly [Parton], the overall message was, “Keep going. You do you. Believe in what you believe in and don’t take no.” That’s how I’ve always lived, but it was so nice to have someone like her reassure me of that.

When you’re on tour–as you are now–do you have a preshow ritual?

I have an Airstream on the road with us. Her name is Wanda. It’s a rolling bar that’s been out with us for eight years. We meet up at Wanda about an hour before the show with the band, do a toast and walk onstage. It’s pretty simple!

You’re a lifetime member of the NRA and have had a handgun license since your early 20s. What’s your relationship with guns now?

My dad was a police officer, so early on I was taught gun safety, what guns were for, how to use them and when not to touch them. I’ve just grown up around them, so it’s my normal. I’m a girl, I travel a lot by myself, and I like to carry to protect myself. I know everybody has an opinion on it and it’s polarizing, but for me it’s just a way of life.

Nearly 10 years ago you founded an animal-rescue charity. Why are dogs so special to you?

It’s where my heart is. It started with volunteering at the Humane Society in Texas; I adopted a little dog who was my companion. Her name is Delilah. For the first seven years of my career, she went everywhere with me; she was therapy. When I lived in Oklahoma, it was a very rural area and I fostered about 38 dogs myself. Now I have eight. I think that’s pretty good.

You’ve sung about everything from heartbreak to domestic abuse. What else is on your mind?

My focus is starting to head toward more storytelling. I spent the last 11 or 12 years writing about my life, and that’s gotten me here. But some of my favorite singer-songwriters write from character perspectives. It’s really hard for me, so I’m going to work on that. 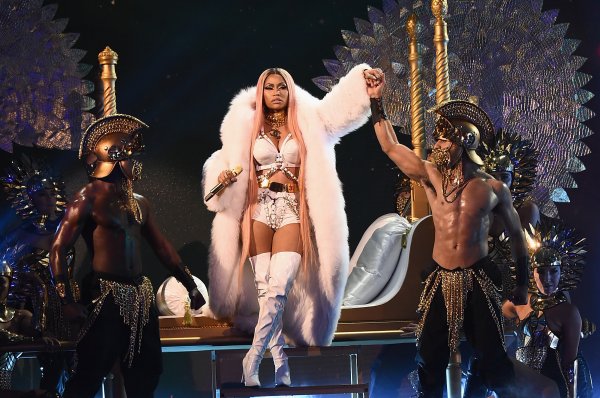