On the evening of Aug. 10, a Horizon Air grounds crewman towed a 76-seat Dash-8 Q400 from a maintenance area at Seattle-Tacoma International Airport, jumped into the cockpit and took off. The 29-year-old, later identified as Richard Russell, flew around the Puget Sound area for about an hour, musing about the sunset over the Olympic Mountains, an orca whale recently spotted mourning her dead calf and whether he could coax the twin-engine turboprop into doing a barrel roll. It’s not clear if he knew that a pair of F-15 fighters were following him for much of his flight, missiles loaded.

“I’ve got a lot of people that care about me, and it’s going to disappoint them to hear that I did this,” Russell told air-traffic controllers, according to recordings. “I would like to apologize to each and every one of them. Just a broken guy, got a few screws loose, I guess. Never really knew it until now.” Shortly after, his plane crashed into the tiny, mostly uninhabited Ketron Island. Russell did not survive; authorities said he was “suicidal.”

Tragic as Russell’s flight may have been, it could have gone worse. He had no formal flight training and alluded to learning to fly from flight-simulator software. Such an inexperienced pilot could have caused a catastrophic incident on the runway or crashed into a more populated area. Thankfully, air-traffic controllers guided Russell away from dangerous routes, tried to get him to land the aircraft safely and cautioned other pilots out of his path.

The incident is raising questions about safety and security just as previous aviation disasters have. Nearly 17 years after 9/11, the idea of turning airplanes into suicide missiles still haunts us. What if Russell were someone else, someone intent on killing others? In any case, he was an authorized employee who passed background checks to get his job. But should he have been able to start, or even access, the airplane? Were there any signs of his condition beforehand? And what can airlines do to address workers’ mental-health issues?

“Those of us in this industry have felt like there has been some exposure to what is being called the ‘insider threat.’ That’s an issue that probably needs to be looked at and some mitigations put in place,” says Alan Stolzer, dean of the College of Aviation at Embry-Riddle Aeronautical University.

Indeed, learning from past mistakes is gospel in the aviation world. Just three years ago, another airline worker, Germanwings pilot Andreas Lubitz, deliberately crashed an Airbus A320 into the French Alps, killing himself and 149 others on board. Officials responded with mandated mental-health programs for pilots. During a news conference, Brad Tilden, CEO of Horizon parent Alaska Air Group, said the Seattle incident “is going to push us … to make sure this doesn’t happen again.” Better securing of aircraft and access to mental-health resources might be a good start. 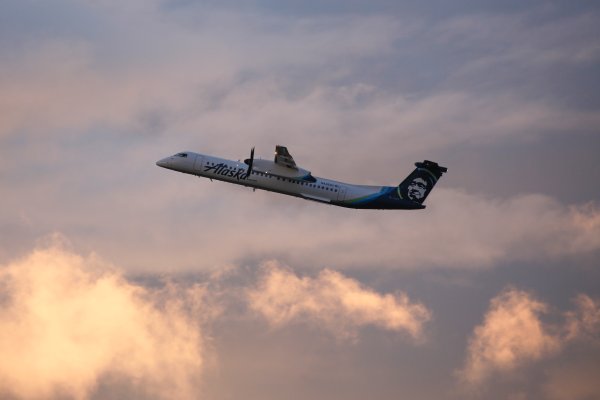