Today’s the day that security experts and IT pros have been freaking out about for months: As of April 8, 2014, Microsoft will stop supporting Windows XP, which means the company won’t patch any future security holes in the 12 year-old operating system.

What happens if you keep using Windows XP after its April expiration date? Microsoft has said users could be six times more likely to be infected by malware–a claim echoed by third-party security firms.

As you might expect, Microsoft is pushing for users to upgrade to Windows 8.1 or buy a new PC. Windows XP users will even see a stern pop-up informing them that support has ended. (Upgrading to Windows 7 is also an option, either by locating a copy through online retailers or finding a new PC with the older software installed.)

Still, upgrading isn’t mandatory, and many third parties are hanging back to help users who refuse to budge. Most anti-virus software makers have pledged support for at least another two years, and even Microsoft’s Security Essentials software will offer anti-malware updates to XP users until next April.

And while XP users should ditch Internet Explorer, third-party browsers Mozilla Firefox and Google Chrome will support XP after today. Both browsers have built-in security features that can help stave off attacks. Users may still want to uninstall or disable plug-ins such as Flash and Java, and F-Secure’s Safe & Savvy blog has some other tips for using Windows XP after today.

According to StatCounter, Windows XP still accounts for nearly a quarter of laptop and desktop usage worldwide. But in the United States, XP has fallen to under one-sixth of all usage. The aging operating system remains popular in China–the only country where Microsoft is extending its XP support. It’s also still in use among some businesses and government offices that rely on older software, and some governments are cutting deals with Microsoft for private ongoing support. Windows XP is also the operating system of choice for ATMs, though operators have taken extra precautions to avoid any immediate crises.

It’s no coincidence that Microsoft is rolling out an update for Windows 8.1, its latest operating system, on the same day that the company axes support for Windows XP. The new software, blandly known as “Windows 8.1 Update,” includes a slew of features to make laptop and desktop users feel more comfortable.

There’s still no classic pop-up Start menu–that won’t be added until some later date–but traditional mouse-and-keyboard devices will boot straight to the desktop by default, instead of the newfangled Start screen. Laptops and desktops can also view the taskbar while using Metro-style apps, and an “X” button will appear in the top-right corner for closing these apps. With a mouse or trackpad, you’ll also be able to right-click in Metro apps and the Start screen to view pop-up context menus, similar to those that appear in desktop programs.

If you’re using Windows 8.1 already, the update should download and install automatically. I’ll be taking it for a test drive on my Surface Pro 2, since I’m curious to see how a device that is both a tablet and a laptop handles the many changes in the latest update. 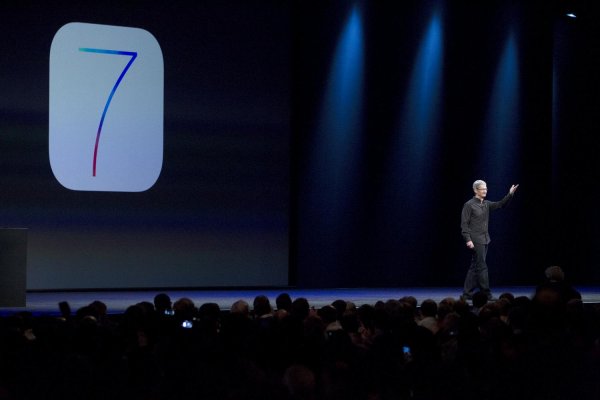